A teaser of the Bud Light Super Bowl advertisement has been posted online, with AB Inbev rumoured to have spent around £18 million on three 60-second slots during the game. 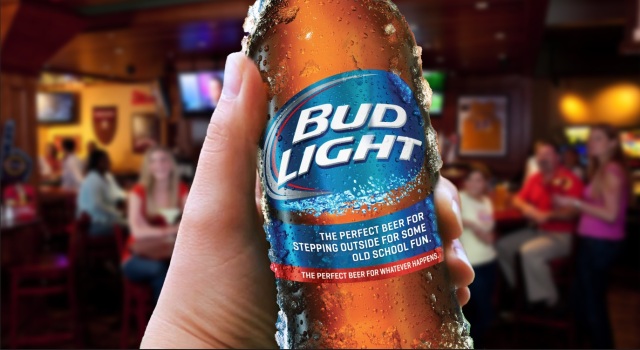 The advertisement, named “Coin”, features what AB Inbev call a “non-actor” enjoying what looks like a life-size game of arcade-favourite Pac Man. This after he agrees to be “Up for whatever”, the phrase being the name of the US beer brand’s latest marketing campaign.

According to Business Insider, the brand has paid for a 60-second slot for the ad during the big game, which airs on NBC on February 1.

Broadcast slots cost anywhere between $US4.4 million to $US4.5 million (£2.9m to £3m) per 30-second spot, depending on how much airtime the advertiser buys up overall. The brewer has three 60-second ads in the pipeline.

Also being advertised will be sister-brand Budweiser, in a piece titled “Lost Dog”, along with another separate ad for Bud Light.

Anheuser-Busch, the US arm of AB Inbev, is the exclusive nationwide advertiser for the Super Bowl, but recently in was revealed that UK-based brand Newcastle Brown Ale is working to bypass this rule.

Newcastle is looking for small companies to form a “Band of Brands” to club their marketing budgets together to pay for a Super Bowl slot, reportedly by booking airtime through local NBC-affiliated channels, each of which have individual rights over what ads they show.