An oak bottle which promises to replicate the effects of ageing wine in barrels at home has been launched on crowdfunding website Kickstarter. 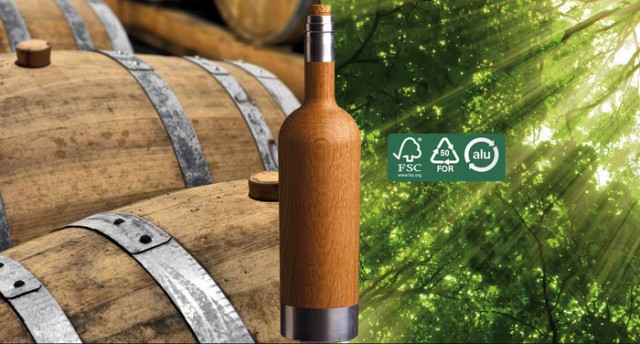 The Pinocchio Barrique Bottle, made from European oak, has been designed to house any beverage with an abv of at least 12%, such as wine, whisky, grappa or brandy, promising to age it to enhance its flavour. Its makers claim 10 days in the Pinnochio Barrique Bottle will offer the benefits of six months in an oak barrel.

Introducing the project, its makers said: “Pinocchio BB makes accessible to everyone the practices of maturation, fermentation, preservation, ageing, flavouring of any alcoholic beverage. This is due to the smaller size, lighter weight, lower cost of production, compared to a barrel.”

To activate the bottle, a user must first fill it with warm water for 12 hours to “inflate every pore and achieve the transpiration impermeability status”, before filling it with your chosen alcoholic beverage and leaving it to mature for three to 15 days, or longer.

Should its Kickstarter campaign go to plan, Pinocchio Barrique Bottle could go into production as early as April.

The concept is similar to another Kickstarter project to launch a wooden stick that it was claimed could age whisky by up to three years in just 24 hours.