Californian wines were the focus of buyers’ attention at Wally’s and Crush auction in New York last week with Harlan and Screaming Eagle achieving huge premiums on their estimates and setting new records. 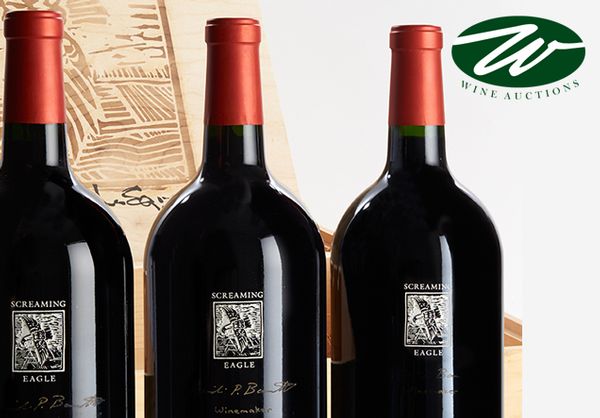 The sale made US$2.6 million in total with a 94.4% sell-through rate. One section of the auction entitled “A Cult Collection”, featuring Californian wines “from Araujo Estate to Verité”.

However, these two estates were not alone in making far more than their original high estimates; Opus One, Ridge, Sine Qua Non, Marcassin and Joseph Phelps all saw strong bidding for their 1996, 1997, 1999, 2000 and 2002 vintages.

Away from California, Champagne was also a key part of the wider sale and bottles of 1989 Salon, 1978 Philipponnat Clos de Goisses,  and cases of Jacques Selosses’ Ambonnay Le Bout du Clos; Les Mesnil sur Oger Les Carelles and 1982 Comtes de Champagne made between $1,020 (for the Clos de Goisses) and $3,840 (for Les Carelles).

Finally, rare spirits and in particular bourbon were in demand with two bottles of Pappy Van Winkle’s Family Reserve 20 Years Old Kentucky Bourbon achieving $2,880 and two bottles of the 23-year-old $6,600.

Wally’s Auctions’ senior advisor and principal auctioneer, Ursula Hermacinski, commented: “I have experienced the notion of ‘cult’ collectability change from the scramble of label recognition to the appreciation of quality. Bill Harlan was right all along when he talked about California first growths. The results from this sale confirm that.”

Before the auction, Michael Jessen, CEO at Wally’s Auctions had told the drinks business that the sale would be a “bellwether” for Californian cult wines at auction after mounting interest in the category.

Wally’s next auction, the second part of the Roy Welland Collection will take place in LA on 21 and 22 November.