Port: The price of liquid history

How much would you pay for a taste of liquid history? Is £3,000 a fair sum for a wine made the same year American President Abraham Lincoln signed the Emancipation Proclamation and the first section of the London Underground opened? 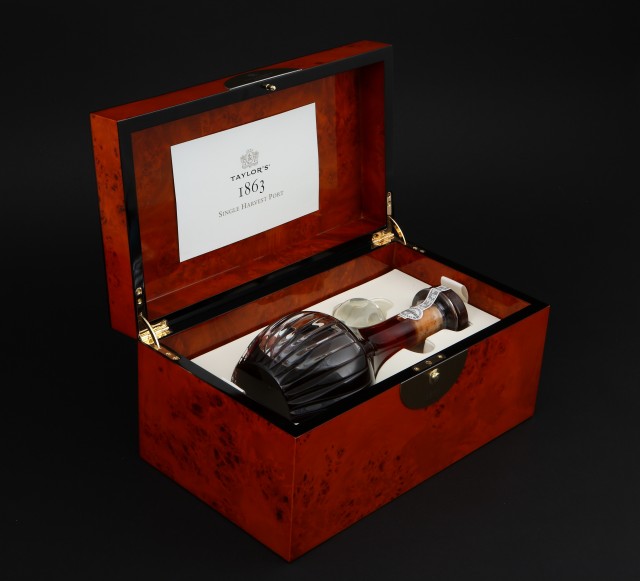 When you consider that a six- litre decanter of Macallan ‘M’ with no age statement broke the record for the most expensive whisky ever sold at auction, going under the hammer at Sotheby’s in Hong Kong this January for an unprecedented £381,620; a £3,000 tawny Port from 1863 almost seems good value. Almost.

Keen to compete at the top end of the market and get in on a slice of the luxury action the whisky boys have been enjoying for years, the big players in the Douro have recently released tiny amounts of super rare liquid in glitzy decanters. 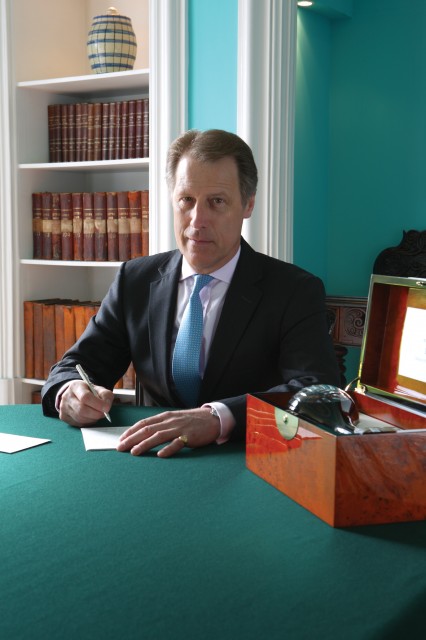 Each boasting an impressive story and elaborate packaging, the releases are bold and brave, as they could nosedive spectacularly if it transpires that there isn’t the same interest in ancient Port as there is in mythical whisky.

Though the combination of concentration and freshness certainly makes them a compelling proposition. It all started in 2010 with Scion. The brainchild of Adrian Bridge, head honcho of The Fladgate Partnership, Scion marked a new era for Port, catapulting the category into the luxury sphere.

Having been made aware of the existence of a pre-Phylloxera tawny dating back to 1855 stored in the Corgo Valley, Bridge bought the two casks from the surviving heirs of its owners in the January, moved them to Villa Nova de Gaia, created the Scion brand and put the wine on sale in the autumn at £2,500 a pop while his neighbours observed its reception with interest.

Serving as a litmus test, the risk paid off and Scion’s success can be credited for sparking a flurry of luxury releases from the Douro such as Wine & Soul’s ‘5G’, a 120-year-old tawny from Quinta da Manoella at £1,100 a bottle.

This summer, two of the region’s biggest players went head-to-head with headline- grabbing launches. Released within weeks of each another, first out of the blocks was Taylor’s 1863 Single Harvest, which made its debut in Hong Kong on 26 May, soon followed by Graham’s Ne Oublie from 1882, which was given a grand unveiling among Monet canvases at Christie’s auction house in London on 14 June.

Regarded as the last great Port harvest before the spread of Phylloxera, Taylor’s 1863, hailing from two casks acquired last summer when Bridge bought Port firm Wiese and Krohn, had not one but three launches, in Hong Kong, London and New York.

Housed in a crystal decanter and presented in a maple veneered gift box with a certificate personally signed by Bridge, he describes the tawny as displaying “extraordinary vitality” and being like “a time capsule offering a fascinating glimpse into a distant past”.

Not everyone has been complimentary of the tawny however – Telegraph wine writer Victoria Moore described it as smelling “like a puddle of old water in a cellar.”

While Bridge was allowed to feature the vintage on the label, having had it registered and authenticated by the Port Wine Institute, Symington branded his Ne Oublie, meaning “do not forget”. 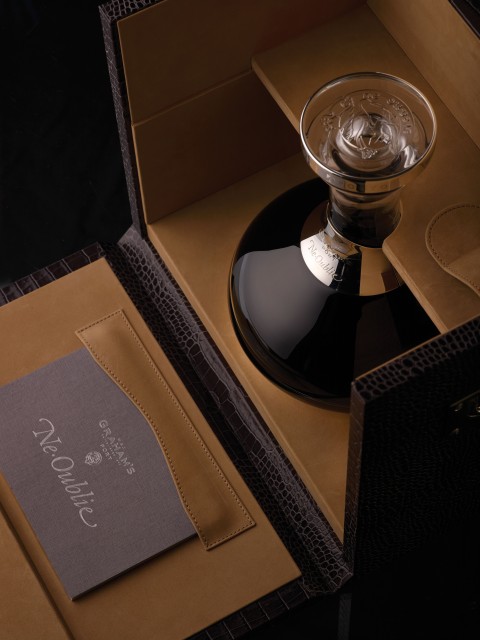 Made in 1882, the same year Charles Darwin died, Ne Oublie marks the year Andrew James Symington arrived in the Douro Valley as an 18-year-old, kick starting a Port legacy now in its fifth generation.

Priced at £4,500, the liquid, described by wine writer Andrew Jefford as “a synopsis of life and time,” is housed in hand-made crystal decanters featuring a trio of sterling silver bands engraved by Scottish silversmiths Hayward & Stott. Each of the 656 decanters are presented in a lockable Smythson leather box. 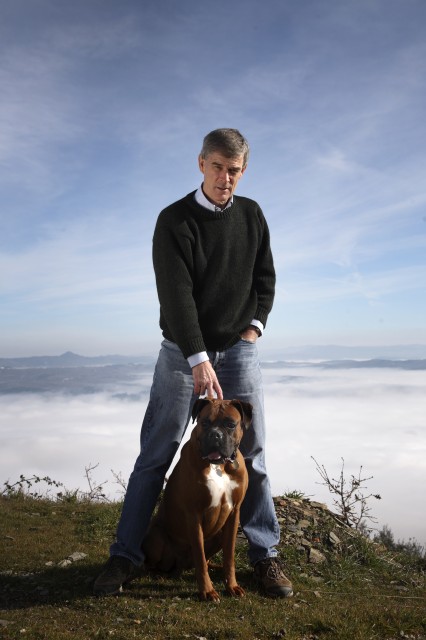 Gift boxes aside, the important question is whether or not these time their inflated price points. Bridge is predictably gung-ho about the success of the 1863, reporting that following the launch, all of the 1,600 decanters have since been allocated, with many of the them going to those who bought Scion.

When pressed on the £3,000 price tag, Bridge defends his decision to aim high. “It’s not every day you get the opportunity to buy wines with that kind of history and story attached to them. For many people, £3,000 is affordable. We’re targeting consumers with disposable income who don’t know what else to spend their money on.

Symington is more cautious than Bridge about declaring Ne Oublie a success just yet. “I have no idea whether or not the decanters will sell – we’ve never done anything like this before and it’s still early days,” he says.

Despite its lofty price point, the UK is already beginning to bite. London-based fine wine merchant Berry Bros & Rudd shifted eight of the 10 Ne Oublie decanters it was allocated just days after they went on sale.

Like Bridge, Symington believes luxury releases from the Douro are a vital means of illustrating that the region can compete at the top end of the wine market. “If we don’t do something at the level of Cartier, Asprey and Louis Vuitton then we are accepting that our region is not at the top of the first division.

It’s terribly important to have benchmark wines like these in order to compete with the likes of Champagne, whisky and Bordeaux. If we stick to selling ruby Port at the middle and lower end then we’re opting out,” he says. 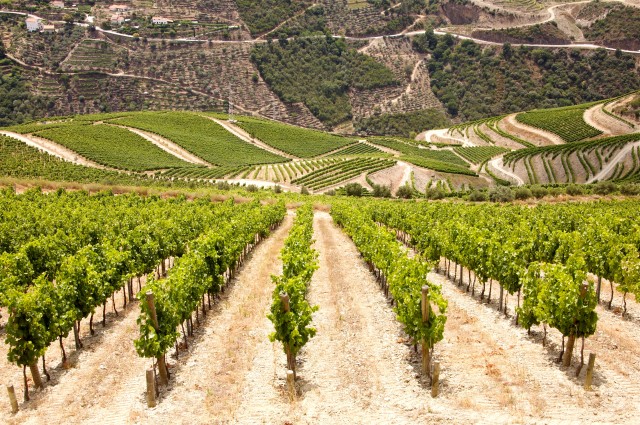 “Their success shows that people are rediscovering handcrafted Port and are seeking out collector’s items within the category. This presents a golden opportunity for Port makers to release limited edition rare tawnies at high price points that fulfill this need,” says Prat, who believes these luxury Ports have a lot in common with single malt Scotch, with both centred around tradition and connoisseurship.

Not all of these top end offerings have succeeded however – Wiese & Krohn’s recent dual launch of its 1863 and 1896 vintages at £8,000 for the pair flopped, highlighting that consumers expect more from these time capsules than simply the chance to sample something ancient. Every stage of the process has to be watertight, from the backstory and the campaign and client list.

“The selling of a luxury dream is incredibly important,” offers Bridge, adding, “When you’re spending that sort of money there’s a level of expectation that it’s appropriately packaged and that the story is appropriately told. There needs to be an element of theatre.

A lot of our customers are buying the wine to serve to friends, so it needs to impress.” Symington agrees that beautiful packaging is essential  when charging £4,500 for a bottle of Port. “People can buy six bottles of vintage Port from Christie’s for the same price, so it’s hugely important we get the packaging right.

A lot of these luxury releases can be naff, clumsy and embarrassing as they’re going after the glitz,” he says. Hell-bent on working with Smythson on the launch, Symington went to the Bond Street HQ and charmed them into collaborating with him. He believes the fact that Graham’s 1952 was served at the Queen’s Diamond Jubilee lunch helped sway it.

Ironically, given their lofty price tags, both Bridge and Symington reveal that their luxury launches will not be big earners for them. What they have done, however, is help shine a light on the Colheita category and stir up interest in vintage tawny. 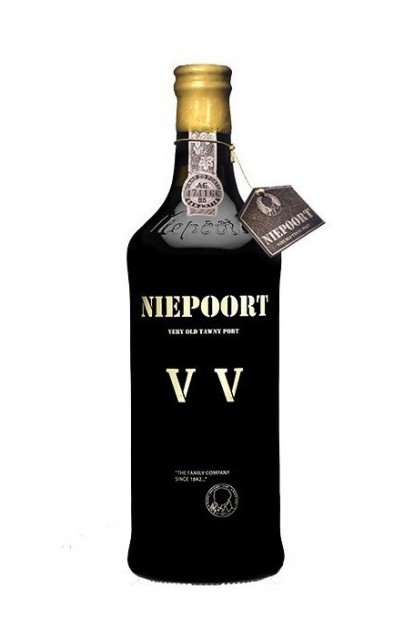 “British-owned houses neglected Colheita Port in the past, but they have realised that there is a market for the wines. Vintage Port was always seen as the king but times change and now the president is more important than king,” believes Niepoort, who describes the launch of Scion as having “awoken a sleeping beast.” A “strong believer” in the tawny category, Symington has seen a surge in sales, particularly in the US, Asia and Scandinavia.

“Tawny has its benefits as you don’t need to decant it and it keeps for a few weeks after opening. We’ve had a lot of interest in our tawnies lately from top London restaurants like the Ledbury,” he reveals. 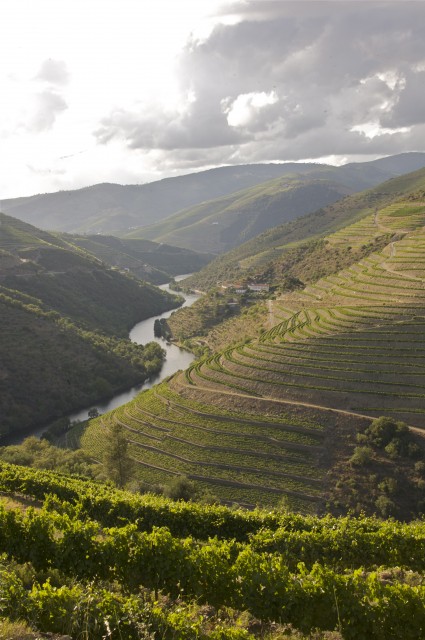 Bridge is equally enthusiastic about the domino effect the luxury launches are having on vintage tawny. “The 1863 release has been great PR for the tawny category and draws attention to the other tawnies in our range. We’re selling more 20, 30 and 40 year old off the back of it,” he says.

As for Symington, he’s leaving the remaining two casks of 1882 in the hands of his daughter, assuring that nothing will be released until at least 2024. Looking to the future, Bridge believes vital lessons can be learnt from both the Bordelais and whisky distillers.

“Classed growth Bordeaux accounts for a fraction of the region’s production and yet no one talks about commodity Bordeaux, whereas with Port, people like to lump the two together,” he laments, adding, “The big player whisky distilleries understand the importance of marketing and have created brands with global reach. As Port makers, we have a lot of work to do on our marketing. It’s key that we make iconic products with global appeal.”

Niepoort echoes Bridge’s sentiments, believing that it’s time for Port makers to think big. “We need to be less dependent on supermarket sales and bring out more interesting rare releases. It’s time to accept that Port is unique. It’s not an everyday wine for everyone, it’s for special moments,” he says.

While this may be true, in order for the category to thrive, the big brand owners need to constantly refresh their offerings in order to stay relevant, as Symington notes: “The wine world is an increasingly demanding place; if you don’t innovate you get forgotten about.”