John Sarich, a pioneer of food and wine in America’s Northwest, has died aged 67.

The longtime culinary director of Château Ste. Michelle will be remembered as Washington’s first and most prolific food and wine ambassador, reported the Seattle Times.

Sarich died on Sunday after a brief battle with a rare form of thyroid cancer.

Speaking to the Seattle Times, Ted Baseler, CEO of Ste. Michelle Wine Estates, said of Sarich: “He epitomized the Northwest spirit, I am just so saddened by his passing.”

Sarich grew up in Seattle where he graduated from high school and, soon after, began working at Château Ste. Michelle in late 1976, shortly after the winery opened.

Bob Betz, an executive at Ste. Michelle from 1976 to 2002 remembered the day he met Sarich: “He came into the office a month after we opened the château and said, ‘I can do this’. ”

“We hired him as a tour guide, and he immediately became a star,” said Betz.

Soon after, Sarich moved into the winery’s sales department and was part of the early success of the growing Château Ste Michelle brand in the US.

In 1980, Sarich left Ste. Michelle to open the Adriatica restaurant and later Dalmajica in Seattle but, when, in 1990, Sarich asked to return to Ste. Michelle, Baseler “hired him on the spot”.

“He’s been here for the past quarter-century and has been an integral part of our organisation,” said Baseler to the Seattle Times. 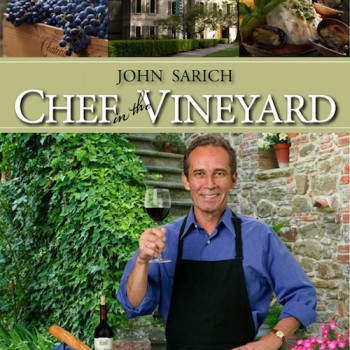 On his return to Ste. Michelle, Sarich set a precedent by becoming the first full-time chef at a winery in the North West and, as the company’s culinary director, began organising festivals and special events to help promote the combination of wine and food in the region.

When KIRO-TV approached the winery to sponsor a cooking show and thus was born the Emmy-nominated “Taste of the Northwest”.

The TV show’s successd led Sarich to write five books including “Chef in the Vineyard,” which was published in 2011.