Customers at a UK branch of KFC were refused alcohol-based hand wipes over fears their use could offend Muslim customers in a well-meaning mix up. 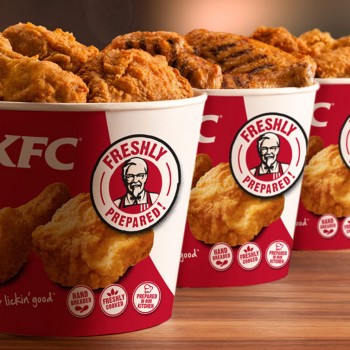 Staff a Leicester branch were apparently told not to hand out the wipes in case they were against Islamic law, as reported by The Leicester Mercury, a decision which has left Muslim leaders bemused.

One customer was told by a member of staff that because the wipes are soaked in alcohol, their use could offend Muslim customers as alcohol is forbidden in the religion’s holy book, the Quran.

Suleman Nagdi, spokesman for the Leicester-based Federation of Muslim Organisations, called the decision “bizarre” adding that using alcohol does not mean you are consuming it and it was an “unusual” assumption for staff to have made.

The branch is currently taking part in a trial serving halal chicken, which refers to the way in which an animal must be slaughtered before it can be eaten, according to Muslim laws.

A spokesman for KFC said: “Our alcohol-based hand wipes are approved for use in all our restaurants, including those who are part of the halal trial.

“There was a misunderstanding at the store in question, but the wipes are now being used again.

“We’re sorry for the customer’s experience.”

The Mercury said it understood the branch is waiting for its stock of alcohol-based wipes to be replaced with lemon-based wipes.