A Chinese company has begun marketing a “biting” Luis Suarez bottle opener after his latest player-chomping episode at the World Cup. 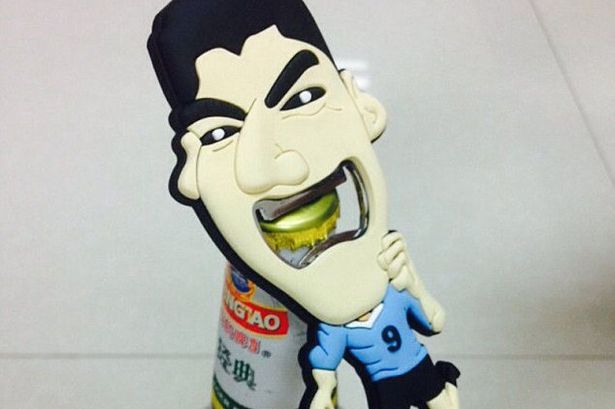 The Uruguayan and Liverpool footballer was banned from the tournament and indeed football for four months after biting Italian player Giorgio Chiellini in the two country’s group stage match.

It is the third time Suarez has been punished for biting an opposing player, the first being when he played for the Dutch team Ajax and then later soon after his move to Liverpool.

A Chinese company has been quick to put his toothy habit to good use and designed a beer bottle opener depicting him in his Uruguayan shirt and with a set of gnashers that would put the James Bond villain Jaws to shame.

The opener is available from Chinese site Taobao.com for a mere 14 pence.