A student who was jailed after alcohol control officers mistook a case of water for beer has been paid $212,500 in compensation. 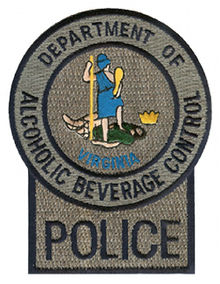 Elizabeth Daly, 21, launched a US$40 million lawsuit against the state of Virginia after she was made to spend a night behind bars after its alcohol beverage control agents allegedly jumped on her car, flashed a gun and tried to break her car window in the belief that she had illegally bought beer.

The incident, which occurred in Charlottesville earlier this year, resulted in the panicked student pulling away in her car and dialling 911.

She later pulled over only to be charged with eluding police and assaulting a police officer after her SUV grazed two of the agents.

The charges were later dropped however the student launched a $40m lawsuit against agents with the state Alcoholic Beverage Control claiming the agents had not been properly trained.

The lawsuit alleged the officers had acted with “actual malice, out of embarrassment and disgrace for their own intentional and grossly negligent acts” charging Daly with three felonies out of “anger and personal spite.”

Today, Virginia’s attorney general confirmed that a $212,500 settlement had been reached with the University of Virginia student avoiding the significant costs of a trial, as reported by wdbj7.com.

Michael Kelly, spokesman for Virginia Attorney General Mark Herring, said at the time that the incident was “incredibly unfortunate”.