Two members of the drinks business editorial team and several contributors have been shortlisted for the Louis Roederer International Wine Writers’ Awards 2014. 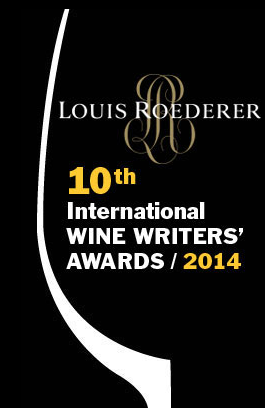 In the 10th year of the competition, which a saw record number of entries, db’s Lucy Shaw has made the cut for the Emerging Wine Writer of the Year, while Gabriel Savage is on the shortlist for International Feature Writer of the Year.

Also shortlisted for International Feature Writer of the Year are Michael Edwards, who regularly writes for db on his specialist subject of Champagne, and contributing editor Tim Atkin MW, who is additionally in contention for Online Communicator of the Year and International Wine Columnist of the Year.

A further db contributor Tom Bruce-Gardyne has been shortlisted in a newly created category, International Short Copy Columnist of the Year.

“We have many more entries this year than ever before,” commented Charles Metcalfe, chairman of the judges, “and the standard is higher than ever.”

Although the winners will not be announced until an awards ceremony on 9 September, Metcalfe remarked: “The awards revealed why some of the best-known wine writers have earned the reputations they enjoy. On the other hand, they also brought some exciting new names to our attention.

“I particularly appreciated the international nature of the entries and enjoyed seeing high quality writers and photographers from countries such as the US and Australia.”

Offering his own view of the judging process, Joseph declared:“Wine writing today is a very competitive environment; the Roederer Awards helps to sort the wheat from the chaff.”

The full shortlist for 2014 is as follows: