A man in Louisville held an intruder at gunpoint after he found him in his kitchen helping himself to a bottle of wine. 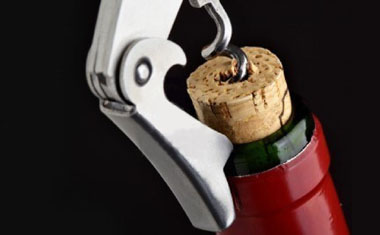 David Fawbush was discovered by homeowner Shawn Arvin opening a bottle of white wine. Arvin originally thought the noise coming from downstairs was the dog but when he heard the fridge open and close he decided otherwise.

Telling his wife to call the police he went down and confronted Fawbush, detaining him at gunpoint until the police arrived.

Police said that the Arvins were “alarmed and annoyed” at the intrusion.

However Arvin has subsequently said he has forgiven Fawbush and added he would have happily given him some wine if he had simply knocked on the door and asked for it.

“I would’ve went out back with him and probably drank the bottle of wine with him and talked to him about Jesus,” Arvin said.

The reason for Fawbush’s break-in, whether he is homeless, has mental problems or has a history of such incidents is, so far, unknown.