One of France’s most famous wine collectors, Michel-Jack Chasseuil, has been held hostage in his own home by armed men who later fled without breaking into his cellar. 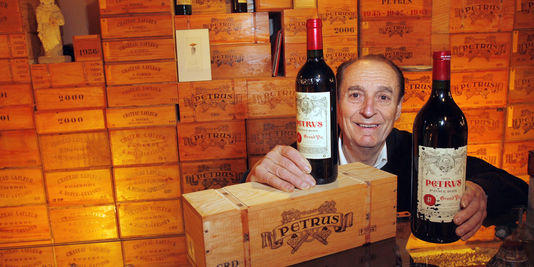 Chasseuil’s cellar at his home in Deux-Sèvres in western France is acknowledged as one of the largest and finest wine and spirit collections in the world, consisting of over 40,000 bottles with Yquem, Pétrus and Domaine de la Romanée-Conti just three of the many prestigious names held within the vaults.

According to Metro News, Chasseuil was ambushed by the attackers who disguised one of their number as a delivery man.

When their victim opened the door, expecting a delivery of wine, he was jumped on by at least three masked men who told him to “shut up” while one of them reportedly brandished a Kalashnikov assault rifle at him and said that if he cried out he’d be killed.

However, despite holding the 72-year-old hostage for over two hours and threatening him with weapons including his own hunting rifle, they were unable to break into the “sanctuary” behind the armoured doors Chasseuil has had installed to protect what he considers a vault dedicated to “France’s heritage”.

Chasseuil had recently placed the key in a secure bank vault and the thieves eventually fled with 15 cases of “second-rate” wine and some items from his car.

Chasseuil, who had suffered a broken finger in the attack called his brother-in-law who lives near-by.

The attack took place last Thursday and Chasseuil admitted that although “psychologically prepared” for an attack, the ruse took him by surprise.

The local gendarmerie is now conducting an investigation.

Thefts at the cellars of well-known producers such as Yquem, Palmer and Jacques Selosse have become common in recent years but this is the first such attack on a fine wine collector who, it was probably thought, would have fewer security measures than most wineries.