Top 10 beers in the world media 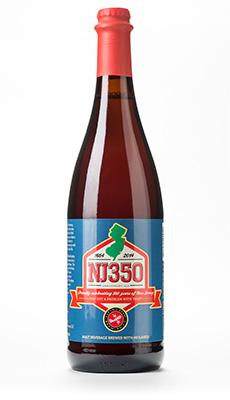 Chris Morris, writing at New Jersey’s nj.com, recommended the anniversary ale of the Flying Fish brewery in New Jersey which he called an “impressive, malt-forward beer with an IPA taste.”

He said: “NJ350 pours a medium amber-orange with a solid fluffy white head. Retention was fine, but lacing was a bit lacking. The aroma is malt-forward. There’s sweet barley, reminiscent of a barleywine, but that quickly settles in with notes of toasted grain and molasses. Finally, Piney hops from the Simcoe and Centennial do a nice job of trying to balance it out. The taste seems much more in line with the “stock ale” description (another name for it is an old or strong ale. Think big, hearty, fruity ale). There’s still that big, thick body that comes from the barley and molasses, but the hops play a bigger role. A mix of fruity and piney notes come out to play, with a good bitterness, but not an overwhelming one, which is exactly what Cluster hops add to beer.” 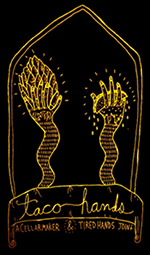 He said: “By now, you might have thought that every possible iteration of IPA had been explored — double, triple, belgian, session, black, white, you name it. As far as we know, Cellarmaker’s upcoming Cinco de Mayo beer is the first Taco Inspired IPA.

He added: “Taco Hands begins as an IPA with generous additions of flaked maize and tortilla chips in the mash. The brew gets spiced with coriander, cumin, black pepper, sea salt, pasilla chiles, cilantro, lime zest, and lime juice. Additions of Citra and Motueka hops lend additional citrus notes and a subtle peppery quality that compliment the overall taco-y-ness of the beer. Where most brews settle for straddling the bitter/sweet side, Taco Hands rounds things out with a salty and savory kick. If Cellarmaker brewed this year-round, there simply wouldn’t be any reason to eat solid foods anymore.”

In the UK Michael Bates, writing for The York Press, picked this Go Go Pale Ale from the Revolutions Brewery in West Yorkshire as his beer of the week describing it as having the aroma of “grapefruit and nutty pine” with a touch of hay” and nettles.

He said: “Pouring strawberry-blonde with a loose white head, the initial aroma is pure American hops; we’re talking that typical cascade grapefruit and nutty pine, a touch of hay from the malt, and some rough, prickly nettles off in the distance. Very light bodied, with just a touch of crystal malts and a slight wheat creaminess, the hops certainly lead the show.

“Melons and grapefruit lead the proceedings, drying the palate, with some strawberries and thyme in there, before a bone-dry finish with the characteristic lemon zest and orange pith American hop finish. Carbonation is a touch on the high side, providing a sharp carbonic bite, pushing this from ‘refreshing’ right into the ‘summer beer’ category.”

This “lemony” beer, which marked the 21st year of Utah’s Unita Brewing, was recommended by Evan Benn, writing in the Sacramento Bee this week.

He said: “Utah’s Uinta Brewing Co. marks its coming-of-legal-age birthday with a farmhouse-style ale, sort of a cross between a saison and a Berlinerweisse, that has a lemony tartness. Pack this in the cooler at your next backyard BBQ.

Dublin’s Doerthe Woltermann, writing at lovedublin.com, chose this IPA from Kinnegar Brewing as her beer of the week which she described as the perfect beer to take to the beach. Up until last year Kinnegar brewing wasn’t much bigger than a home brewery, but has since expanded increasing its capacity from just 200 litres to 5,000 litres per week.

She said: “It pours an orange amber colour with a thick white head. In the aroma there is orange and citrus with hints of pine. The flavour has a refreshing kick from the hops and lovely notes of sweet orange, grapefruit and caramel from the malts. Once it warms up a little, the bitterness from the hops recedes and the sweetness from the malts comes through more. There’s a nice balance between refreshing hoppiness and sweet fruitiness going on. Overall, this is a very tasty and drinkable IPA with a clean taste, refreshing kick and great citrus notes. It would be a perfect beer to take to a beach and enjoy in the sun. Scraggy Bay is available from good Off Licenses, and in bottles and on draught in craft beer pubs.”

Loren Green, writing at the Minneapolis-based blogs.citypages.com picked Schadenfreude from Surly, a German dunkel lager aged in a Minnesota oak barrel, as her beer of the week.

She said: “The beer itself is light in body and high in carbonation, making it dark in color but still easily a session beer to ease into the summer months. “Schadenfreude is the counterpoint to our year round German-style Helles Lager,” Surly headbrewer Todd Haug tells us. “Helles, or Hell, means light and Dunkel means dark in German.”

“The late spring-early summer brew has a malted sweetness with a touch of smoke from the barrel that subdues the contrasting hop bitterness until the finish. Dunkels are traditionally a malt-forward beer and Scadenfreude is no exception, though it has a Surly twist with the touch of bitter hops. It’s a beer that starts off strong and rich in flavor, balances a lighter body, and finishes smoothly.”

Jamie Goode, UK wine and beer writer, recommended this amber ale from the “new-ish” brewery based in London’s Notting Hill writing at his blog beeranorak.com.

He said: “I’ve tried the blond before, and it’s fabulous, but this amber is approaching perfection, at least to my palate. Such a well crafted beer, and the website usefully gives a full list of stockists.

“Gold/bronze colour. Amazing aromatics of perfumed, floral peach and passionfruit characters. The palate is warm and herby with some spiciness. Really nice balance here: hoppy for sure, but with a lovely grassy, herby, tea-like finish. 9/10”

He said: “First impressions are important. The first thing you notice is the over carbonation along with a mild buttery smell — a combination which is definitely off putting. Meh. The flavor is somewhere in between a good english IPA, with fruity hops, and a boring East Coast malt bomb, with stale hops. Oddly, the flavors seem to be going back and forth: at one sip I’m enjoying it, and at the next the aromas are weighing me down. Meh.

“After a while, though, my qualms have faded into a mild case of beer apathy, which means I’d pick this up over most unknown IPAs, but probably never over an established SD IPA. So, again, meh, which brings the grand total to three. This has potential, but it’s also flawed, and it seems to me that new SD brewers can’t afford to make meh. Let’s hope they get this straightened out.” 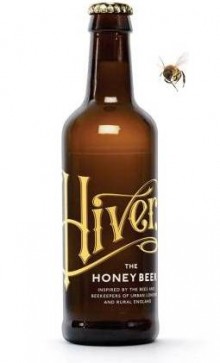 Andy Mogg, writing at the UK-based beerreviews.co.uk, recommended this honey beer, a style he said was “hard to get right”, but which Hiver has achieved.

He said: “If you say a beer has honey in, it needs to taste of honey but not be overly sweet and still taste like beer, rather than drinking a pint of sweet malty water or not being able to taste the honey. For me Hiver gets this just about right, as soon as I opened the bottle I could smell the honey, although this did worry me that they may have over done the honey.

Fortunately they hadn’t the base beer is a simple pale ale with enough of a dry grassy hop character to offset the sweetness of the honey. While it’s not the most amazing beer in the world it’s probably the strongest honey tasting beer I’ve had so it’s definitely worth a thumbs up and something that I could happily drink a couple of chilled bottles of.” 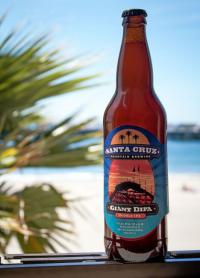 Finally, the Santa Cruz Sentinel’s Bonnie Horgos recommended this double IPA, a seasonal ale crafter especially for the summer and in collaboration with the Santa Cruz Beach Boardwalk.

She said: “For the fourth year, Santa Cruz Mountain Brewing is collaborating with the Santa Cruz Beach Boardwalk for a summer beer. This year’s pick? The Giant DIPA, a double-IPA that celebrates the Giant Dipper’s 90th anniversary. In addition to delicious hints of citrus and malt, this beer serves a grand purpose: honoring history in style.

“A double India pale ale is exactly what it sounds like — an IPA with something on the order of double the hops of a regular IPA. This is a robust, refreshing beer that is best served cold.”