McGuigan CEO on the ‘Aussie philosophy’

Having built a strong track record for quality at everyday price points, Australian Vintage CEO Neil McGuigan has now achieved his long-term goal of showing what his team can achieve at the very highest level. 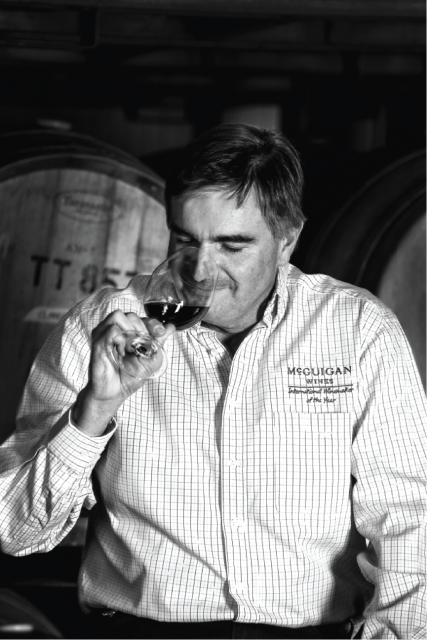 For many years now the story coming out of Australia has been about how styles in and attitudes towards winemaking in the country have been changing.

Oak, extraction and alcohol have been tamed, focus has shifted to premium wines and stepping into this new arena is one of the country’s leading producers, Australian Vintage.

Well known for its multi award-winning range of wines for everyday drinking, Australian Vintage has now stepped into the high-end breach with “The Philosophy”, a new, limited edition, £100 super-premium Cabernet Sauvignon/Shiraz blend that encapsulates four generations of winemaking knowhow.

After so many years of success, chief winemaker and Australian Vintage CEO, Neil McGuigan, doesn’t want complacency to set in.

He believes that a broader range of wines, aimed in particular at the higher end, will help boost the enthusiasm and drive for quality winemaking within his business.

The Philosophy is, according to McGuigan, a wine that represents not only what a great Australian wine should be, but a great fine wine of the world – and shows just how well Australia’s top wines measure up against this competition, whether they are drunk young or old. “We want to show how good Australian wine is,” he declares.

“It’s what we’ve done already with Riesling and aged Semillon. We’re very proud of showing Australian wine not only when it’s young, but when it’s aged – and how it can compete with the best wines in the world when it’s aged.” For McGuigan, the great wines of the world are based on a foundation of “flavour, ripeness, balance and elegance”.

In many ways, he argues, this Australian Cabernet-based 13.5% abv “claret-style” is “back to how it used to be” in Australia before the days of fruit bombs. There’s no escaping from the ripeness of Australian fruit though; “never do that,” McGuigan says, “but put it in a package that is balanced and elegant.” The Philosophy uses fruit from selected parcels in the Clare and Eden Valley.

It then undergoes two years of barrel ageing in both French and American oak, followed by another two years maturation in bottle. “This wine will age incredibly gracefully,” assures McGuigan, arguing that Australians “need to move away from high alcohol, American oaked wines that look fantastic when they’re young but fall over very quickly.” Another reason for this stylistic approach is that consumer palates are changing, a fact that has already caught out Australian winemakers once before. “We can compete with the best in the world – we do in the show ring, so why not commercially as well? It’s part of evolving not just our brand but Australia,” maintains McGuigan.

“There are still people who do make those bigger styles because there are still people who want to drink that style. hose palates will continue to evolve though. They will want elegance and complexity. And if we don’t provide that for them they’ll go to other countries.” Turning this theory to The Philosophy, he argues further that it’s important to have top flight wines so that consumers can see the inherent quality of a country’s winemaking. “You can have a big, powerful red wine but it can still dance across your palate. Flavour, ripeness and longevity: they’re the hallmarks of great wines.”