Not long ago guests perusing a beer list at many a Michelin starred restaurants might have been forgiven for thinking it merely an after thought featuring only the most popular beers, with wines instead taking centre stage. 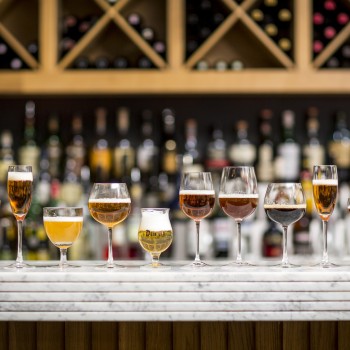 But those days are continuing to slip away. The fine dining world is waking up to the popularity of specialist brews with many revamping their beer lists to reflect their fine dining potential.

Most recently chef Michel Roux Jnr, who has long included a wide selection of beers at his restaurants, oversaw a competition organised by the London Brewer’s Alliance which called upon London breweries to enter their best brews for a chance to have them served at the chef’s fine dining establishments.

Selling an expensive bottle of fine wine will of course be a priority for many profit conscious restaurateurs, however attention should undoubtedly be paid to crafting a beer list of equal quality.

And as the popularity of craft beer continues to rise, it seems wise for restaurants of all calibres to take a second look at their beer lists.

Scroll through to see a selection of some ‘fine dining’ beers on offer at some equally fine restaurants….

The brew that one the afore mentioned Roux Brew competition was a beer brewed by a fledgling south London brewery Fourpure, based in south Bermondsey.

At an event announcing it as the winner, Michel Roux Jnr said: “The freshness of the grapefruit and orange zest and coriander seed really stood out  – this is a beer that has a sing about it , and we feel it will partner perfectly with the flavours of our summer menu”.

Le Gavroche has a beer list featuring 17 beers specifically chosen to pair with its food.

Another beer hand selected by Michel Roux and served at this Roux at Parliament Square restaurant is Meantime’s Pilsner.

Based in London’s Greenwich, the Meantime Brewery was founded in 2000 by Alastair Cook who was trained at the world famous brewing school at the Technical University of Munich of Weihenstephan. Its Pilsner is made using carefully selected Pilsner malt, giving it a pale straw colour, and authentic German hops and is said to pair particularly well with stronger flavours such as mature cheeses, hams, smoked meats and oily fish. 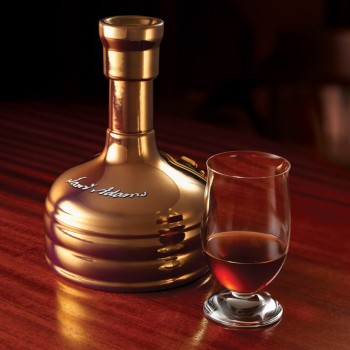 Samuel Adam’s Utopias is brewed by the Boston brewing Company in Massachusetts and is America’s most expensive beer priced at £143 a bottle.

First released in 2002, Utopias is made with caramel, Vienna, Moravian and Bavarian smoked malts, and four varieties of noble hops; Hallertauer Mittelfrüh, Tettnanger, Spalter, and Saaz hops. Each batch, released every two years, is aged in Scotch, Cognac and port barrels for up to 18 months. A limited number of bottles are released every two years, sold in a ceramic bottle resembling a copper-finished brewing kettle. At 28% abv, it is banned in 11 US states.

Earlier this year Rupert Ponsonby, expert in all things beer, hosted a beer and food pairing event to explain the complexities of matching food to beer. One of his recommendations for a beer suited to sweet treats was this 6% cuveé brut from Belgium brewer Liefmans, whose beers are known for their refreshingly tart flavour.

Try it with delights such as a dark chocolate and pecan brownie, spiced red wine pear bakewell nutcrisp, or vanilla goats curd mousse and rhubarb.

Another of Ponsonby’s recommendations for a food friendly beer was Innis & Gunn’s original oak aged beer – a Scottish brewer which this week reported huge growth in the US.

Ponsonby paired this 6.6% abv beer with peppered venison and rosehip jam, black angus rump steak with a béarnaise and peppercorn sauce and a chicken liver parfait and red onion relish.

Quilon, which lays claim to be London’s only Michelin-starred south Indian restaurant, has long led the way for its beer selection. It boasts a range of beers and a stand alone eight-course ‘beer and food’ menu for £85 a head in which eight beers are served alongside a range of south Indian specialities.

Pietra, a 6% abv amber lager brewed in Corsica, is served alongside the restaurant’s second course of grilled scallops with mango chilli and peppered shrimps battered in a fiery masala.

At Quilon the 4.5% abv beer is paired with a lamb Byriani served with basmati rice and coconut and asparagus peas sauteed with mustard seeds, curry leaves, green chillies and grated coconut.

London’s Belgo is another of London’s foodie favourites, known for its mussels, chips and beers, and a restaurant which takes particular note of beer drinkers claiming to have the “widest selection of beers in London.”

One of its offerings is the 8% Barbar Honey, based on the old Viking beverage of mead, using honey to produce a “sweeter and richer flavoured beer.”

Taking beer drinking into the fine dining world of Champagne is Chimary, another of Belgo’s selections.

This 9% abv Trappist beer from Belgium is a strong, dark ale with notes of caramel. It is served in a Champagne style corked bottle and priced at £13.95. 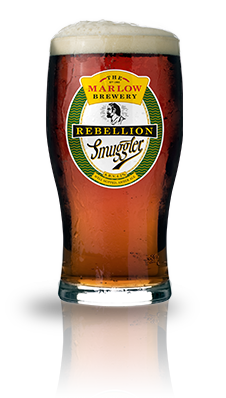 The Hinds Head in Bray, owned by celebrity chef Heston Blumenthal, stocks a variety of lagers, stouts and ales from local micro breweries alongside its Michelin-starred menu.

One such offering is the 4.2% Rebellion Smuggler which it describes as having a “fruity character with a bittersweet finish”, made with 91% Maris Otter pale ale malt.