Top 10 beers in the worldwide press

Chris Morris, writing in the Star-Ledger, recommended this Irish red ale from the Flying Dog Brewery in Maryland in honour of this year’s upcoming St Patrick’s Day.

He said: “The aroma and taste mimic each other perfectly. A solid malt body of caramel, toasted grains and bread, and toffee. There’s even a hint of chocolate malt that lingers around on top of the slightest of earthy hops. Overall, it’s extremely malt-forward, as it should be.

“As for mouthfeel, it’s fairly full-bodied with medium carbonation. It makes for a slightly thicker feel, but smooth overall.” 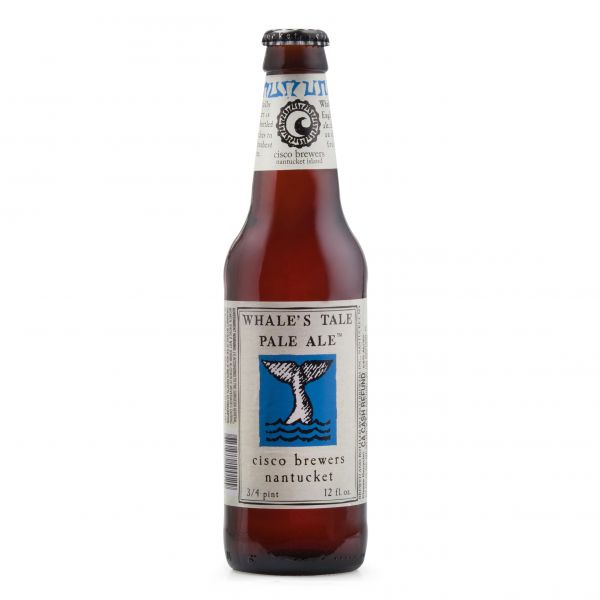 The Journal News this picked this English pale ale from Cisco Brewers in Nantucket this week.

It said: “Whale’s Tale Pale Ale by Cisco Brewers is mellow, crisp and malty, not bitter. A very sessionable beer, meaning it’s easy to have a few.

“Versatile and goes with almost anything, particularly pub fare like burgers and shepherd’s pie.

“If you like this, try Old Speckled Hen, Moreland Brewery.” 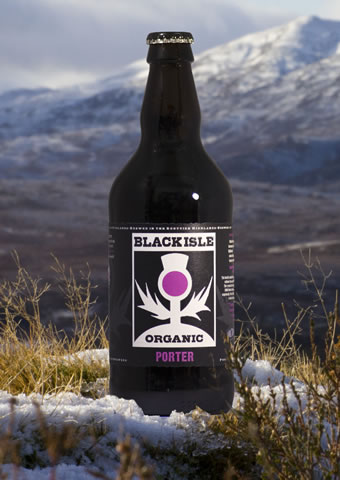 Michael Bates, writing in the York Press, recommended this Black Isle porter from Inverness in Scotland.

He said: “Black Isle’s porter pours a clear chestnut, flaring brilliant amber when caught by the light, with a tightly packed latte head. The aroma is light and peppery, with treacle, coffee, and rum-soaked raisins.

“Light-bodied, but very smooth, the initial flavour is of vanilla fudge, before transforming into a creamy coffee and milk chocolate. All of this is held together by a jammy vein of cherry liqueur, before it all subsides in the finish, where a pleasing aroma of cherrystones and almonds comes to the fore and fills the mouth. Not the chocolate-y sweet, and sometimes cloying porter that you might well know already, but a much lighter, sophisticated approach that is, dare I say it, delicious and refreshing.” 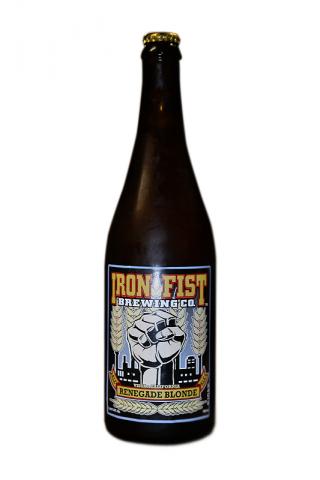 He said: “The beer smells of straw and hops, with a bit of grass and honey in the back. It’s a much more inviting aroma than the one-dimensional, dull Noble hop aroma of macro-pilsner. Then there’s the balanced, flavor. At first, like an adjunct lager, it’s easygoing on the taste buds, refreshing more than anything.

“But immediately after swallowing, a flavorful graininess makes itself known along with a gentle hoppiness; the type that can set the uninitiated down a road leading to pale ales, India pale ales, and double IPAs. That, friends, is the gateway beer experience, and its delivered beautifully by this often-overlooked North County beer.” 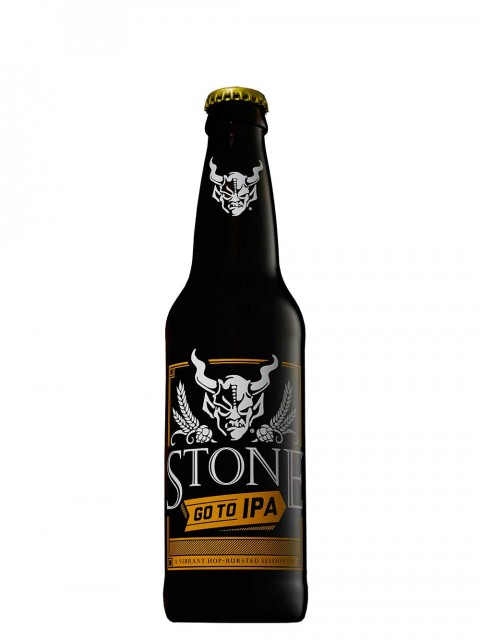 Jason Henry, writing in sfweekly.com, recommended this recent IPA from San Diego’s Stone brewery which he said was packed with “hop aromatics redolent with citrus, peach, and summer melons.”

He said: “While Stone is known for their over-the-top love of hops and resinous, bitter brews, Go To IPA takes a different approach. While the beer still smacks of all the piney, fruity hop aromas and bitter bite of a typical Stone IPA, it does so against the backdrop of a light-bodied, 4.5 percent ABV session ale. To achieve that result, the brewery employs a method called hop bursting, whereby almost all of the bitterness in the brew comes from “irrational amounts” of hops added at the end of the boil or in the whirlpool. Traditionally, bittering hops are employed towards the beginning of the boil process.

“The result is a whopping dose of hop aromatics redolent with citrus, peach, and summer melons. There’s a firm bitterness throughout, but not so much to overwhelm the palate. The body is light, and the beer finishes very dry leaving you wanting another glass. Which, given the low alcohol content doesn’t need to be an unhealthy idea.” 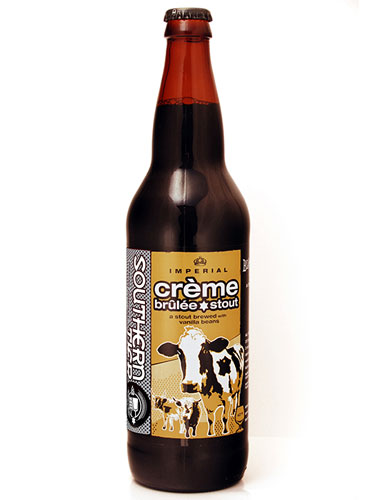 This sweet crème brûlée treat was chosen by Tina Danza writing in the Dallas Morning News, brewed by the New York based Southern Tier Brewing Co.

She said: “This is an outstanding milk stout, creamy with fantastic flavor and aroma. True to its name, it shows all the elements you’d associate with crème brûlée: burnt caramel, sweet cream and vanilla bean. Butterscotch and bitter coffee notes lend complexity. The beer has a creamy palate, but a medium body keeps it very drinkable. It’s a very sweet, yet nicely balanced dessert brew, with a wonderful meld of flavors and a boozy finish.” 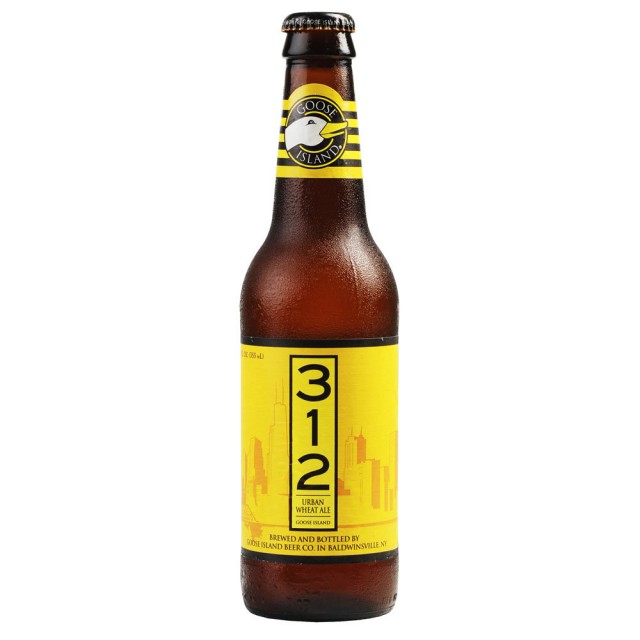 He said: “I thought the flavor was nicely balanced between the hop and malt, with neither playing a dominant role. I felt this left it lacking any kind of distinctive punch, however. Bitterness seemed hard to find — definitely below the bitterness level of most of today’s pale ales.

“The flavor did provide some citrus or maybe even pineapple-like qualities. In summation, this beer did not knock my socks off with flavor, but I wouldn’t call it a bad beer. In fact, the balance between hops and malt was nailed quite well. As someone who typically favors a hop-forward pale ale, it perhaps was just not my cup of tea in that regard. Overall, I would call this an easy-drinking session beer with a crisp, clean finish.” 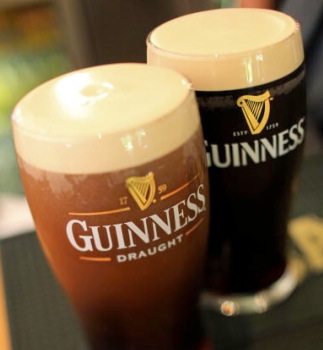 Justin Dvorkin, owner of Pratt Street Alehouse in Baltimore, gave foxnews.com his tips for the best beers to drink this St Patrick’s Day. Unsurprisingly the archetypal Irish beverage Guinness came out on top.

He said: “Properly poured, Guinness Stout, with its hint of chocolate and generous head, can be a work of art.  But make sure your bartender uses a special tap with nitrogen instead of carbon dioxide (used with other beers), which gives it smaller, tighter bubbles.  Or try Guinness Foreign Extra Stout. At 7.5 percent alcohol by volume (abv), it’s brewed with more hops and goes down smoother and with less bitterness than Guinness Draught, which is 4.2 percent abv.”

Ben McFarland and Tom Sandham point toward “six beers that changed the world” writing in The Telegraph this week as the trend toward craft beer and microbreweries continues.

They said: “Long before the Americans got hold of it, India Pale Ale was a very English beer style – and Worthington White Shield remains one of its most authentic examples. Its Burton-born tale is one of boom, wanderlust, decline, neglect, rebirth and modern-day deification. The brainchild of William Worthington, a leading ale-making impresario in the 1800s, White Shield refreshed parts of the Raj that London brewers could no longer reach for much of the 19th century.

They added: “Brewed with iconic Burton well water (albeit with the minerals dragged out and then thrown back in) and English hops (Challenger, Goldings and Fuggles), it’s a marvellous, melodious medley of marmalade, treacle, toffee and peppery spice underwritten by a lovely fresh, bready base.” 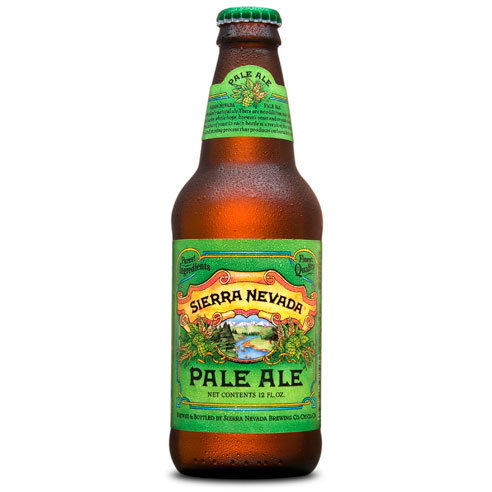 Another highlight from McFarland and Sandham was the Sierra Nevada pale ale.

They said: “In 1980, the American brewing landscape was a desolate, dystopian desert. Around 40 Orwellian “Big Brother” brewers were numbing the nation’s palates with tasteless liquid tumbleweed but, in Chico, California, Ken Grossman was brewing a brave new beer called Sierra Nevada Pale Ale.

“In a land of lacklustre lagers, the fresh citrus flavours from the Cascade hop blew the minds of beer drinkers and, along with the likes of Anchor Steam and Samuel Adams, kickstarted the American craft brewing revolution.”