Joel Peterson is the founder of Ravenswood in California. Known as the “King of Zin”, for the last 38 years, Peterson has tirelessly pioneered his “no wimpy wines” philosophy, favouring the bold over the bland. While he is most famous for his punchy Zinfandels, Peterson also makes Cabernet Sauvignon, Merlot, Shiraz, Petite Syrah and Chardonnay. Anyone that turns up to the Ravenswood tasting room inked with the estate’s three ravens logo is entitled to free tastings for life. Peterson lives in Sonoma with his wife Madeleine. Their son Morgan makes wine at Bedrock Wine Co. 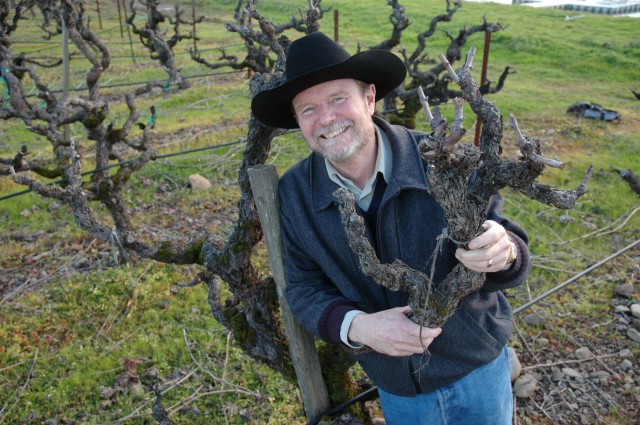 A week on a peaceful, carefree tropical island with a good book, an unlimited supply of great Champagne and my lover (who also happens to be my wife).

Dying in an unconscious way.

What is the quality you most like in a woman?

My amazing and generous wife, Madeleine.

Holding my children when they were babies.

Being at peace with myself and my life’s work.

Somewhere unaffected by climate change. It doesn’t exist, of course, so Sonoma will have to do.

After life itself, it would have to be my Tesla electric car.

We are all stardust.

I’d have to have humanitarian, deep thinker and great physicist Albert Einstein at my table and would serve him a 1971 Egon Muller Scharzhofberger Auslese because he deserves see beauty, sweetness and quantum mechanics demonstrated at the same moment.

Secondly, I’d invite early California wine pioneer, Zinfandel advocate and adventurer, Aguston Harazathy. I’d pour a 2009 Ravenswood Icon to share with him how far his vision has evolved as a way of connecting the past to the future. it would also help loosen his tongue about early California wine history.

Lastly, I’d invite the great American investigative journalist Ida Tarbell, famous for her expose on the Standard Oil Trust and John D. Rockefeller. For her I’d pour a 1957 Château Fortia from Châteauneuf-du-Pape, a beautiful, powerful and authentic wine from the Europe she loved.