A plant pigment found in red fruits, including grapes and red wine, could reduce the symptoms of a rare childhood muscle disease, according to research carried out by UK scientists. 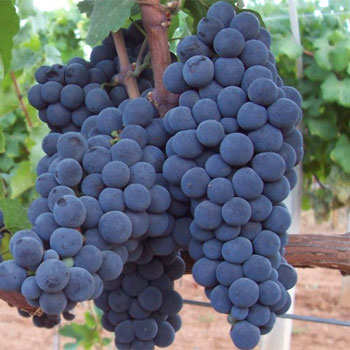 Scientists from Plymouth University Peninsula Schools of Medicine and Dentistry have been part of an international team led by the University of Edinburgh, whose study found that a plant pigment called quercetin – found in some fruits, vegetables, herbs and grains – could help to prevent damage to the nerves associated with the childhood form of motor neurone disease, spinal muscular atrophy (SMA), as reported by the Plymouth Herald.

SMA, also known as ‘floppy baby syndrome’, is affects one in 6,000 to 10,000 children and around half of children with the most severe form will die before the age of two.

The condition, for which there is currently no cure, is caused by a mutation in a gene that is vital for the survival of nerve cells.

The study, which has been published in the Journal of Clinical Investigation, found that the mutated gene affects a key process required for removing unwanted molecules from cells in the body.

Red grapes, blueberries, blackberries and red cherries are among the best sources of quercetin, with red wine also containing the protective antioxidants and, when purified and used to treat the condition, led to significant improvement in the health of nerve and muscle cells.

Although it did not prevent all of the symptoms associated with SMA, researchers hope that it could offer a treatment option in the early stages of disease.

Professor Tom Gillingwater from the University of Edinburgh, who led the study, said: “This is an important step that could one day improve quality of life for the babies affected by this condition and their families.

“There is currently no cure for this kind of neuromuscular disorder so new treatments that can tackle the progression of disease are urgently needed.”