US brewer to send ‘same-sex’ beer to Putin

A US brewery is showing its support for same-sex marriage by releasing a beer which pairs two similar ingredients. 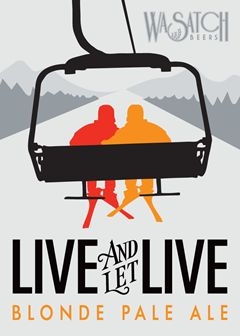 The Wasatch Brewery, Utah’s first craft brewery, has released a new beer named Live and Let Live – a blonde pale ale made from “two beautiful malts and two wonderful hops, all fermented with a pair of yeasts.”

Wasatch founder Greg Schirf, said: “Our new beer has an attitude and we believe Live and Let Live will make life better for a lot of people in Utah.”

“Some of our political leaders would benefit from a hearty serving of Live and Let Live.”

Schirf said he hopes the message of Live and Let live will reach beyond Utah and said he would be sending some of the beer to Sochi.

He said: “I am thinking Vladimir Putin needs to lay off the vodka and drink about a case of this stuff.”

“Live and Let Live may be hard to swallow for the majority of people in Utah right now, but we think it’s a step forward.”

Same-sex marriage was legalised in Utah on December 20, 2013, following a ruling by the US District Court of Utah.

Brewer Dan Burick said: “We realise this beer is not for everyone, and we will not force it on those who prefer more traditional brew styles.”

“These pairings are not the norm in Utah right now and we expect resistance from many.

“However, we are confident that in the near future Utah will look back and wonder why they didn’t embrace and celebrate Live and Let Lives’ natural combinations. They will also realize that Live and Let Live is not a threat to traditional beers.”

Wasatch Brewery was founded 28 years ago in Mormon-dominated Utah with previous beers including Polygamy Porter (“Why have just one!”) and Evolution Amber Ale.

The 4% beer will be sold on draft in Utah and tapped to pour on Valentine’s Day.