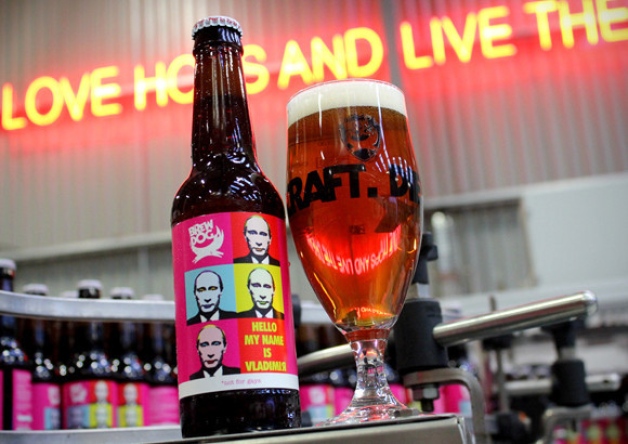 “Hello My Name is Vladimir Putin” is an 8.2% double IPA with Russian limonnik berries and, according to the label, “traces of sarcasm”.

The label features an Andy Warhol inspired collage of Putin’s face wearing make-up and is clearly marked “not for gays”.

Co-founder James Watt explained: “As ‘Hello My Name is Vladimir’ is clearly marked ‘not for gays’ we should bypass the legislation introduced by Putin outlawing supposed ‘homosexual propaganda’ so Vlad shouldn’t have an issue with it.

“It’s been our mission at BrewDog to upend the status quo in whatever form it occurs. Whether it’s the stranglehold the mega brewers have had on beer production in Europe over the last 50 years, or in the case of Russia, the sick legislation that discriminates against millions of its citizens.”

The brewer has said that it will donate 50% of profits from the beer’s sale to charities that support oppressed minorities around the world.

To  support the launch the brewery’s founders have mounted a mini-campaign (below) spoofing Putin’s macho photo shoots which often include him topless riding a horse, hunting or fishing.

A case has also been sent to the Kremlin. 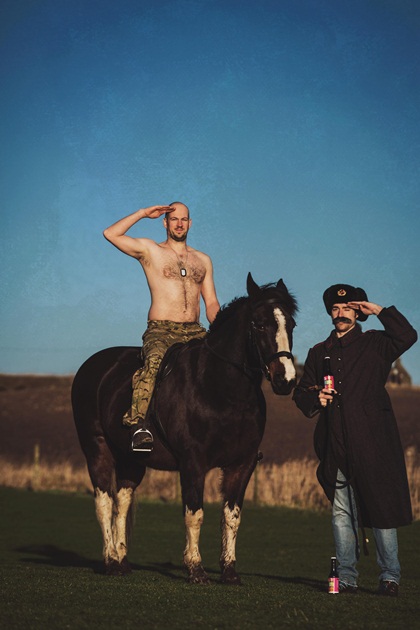