President Obama is one case of beer worse off this morning after losing a friendly wager with the Canadian Prime Minister Stephen Harper. 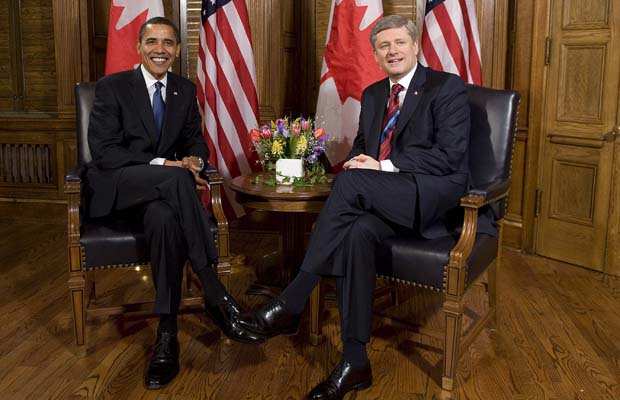 The pair bet on their respective men and women’s Olympic hockey teams on Thursday ahead of two forthcoming clashes, including the women’s final, agreeing that the winning nation’s leader should give the other a case of beer.

President Obama tweeted on Thursday from the official White House account: “@pmharper and I bet on the women’s and men’s US-Canada hockey games. Winner gets a case of beer for each game. #GoTeamUSA! -bo.”

Unfortunately for President Obama, the women’s Canadian team beat their US counterparts 3-2 in the women’s hockey final in a game which ran into sudden-death overtime.

The Canadian Prime Minister gently flaunted his victory on Twitter later that day tweeting: “I look forward to my case of beer. #Sochi2014 #WeAreWinter @HC_Women.”

The men’s semifinal game between the USA and Canada is scheduled for Friday afternoon.

It’s not the first time that President Obama has used beer to rally his nation’s team.

During the 2010 Football World Cup, UK Prime Minister David Cameron and President Obama place a bet on the outcome of a England v USA game – which resulted in a draw.

To honour the bet the leaders exchanged drinks with President Obama handing over a bottle of Goose Island 312, brewed in Chicago, while Cameron gave his counterpart a bottle of Hobgoblin from the Wychwood brewery in Oxfordshire.