The majority of British consumers favour cheap wine over an expensive equivalent, according to a study carried out by the London Wine Academy. 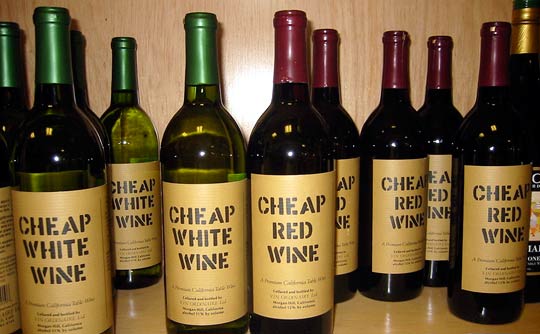 As reported in the Daily Mail, eight out of ten people in a blind taste test conducted by the academy preferred a bottle of wine costing £5.99 to a £19.99 example made from the same grape.

Six in ten meanwhile, thought the £5.99 wine was the more expensive of the two.

Data was gathered from over 20,000 wine enthusiasts attending courses at the academy. Courses begin with a blind tasting of two wines made from Chardonnay in different price brackets.

Attendees are asked to rate the wines on taste and guess the price of each.

The results found that 80% of those who took part preferred the taste of Aspen Hills Chardonnay from South East Australia, which costs £5.99 at Majestic, putting it ahead of Gerard Thomas Saint-Aubin 1er Cru from Burgundy, which costs £19.99 at Majestic.

“Initially, our students prefer the simplicity of less expensive wines. But as their understanding and sense of taste grow they tend to gravitate to pricier wines that display more complexity,” she said.

“Wine tasting is about developing the lines of communication between your nose, tongue and brain and in novice tasters these lines are relatively underdeveloped,” she added.