China’s wine production to double over next five years

China will become the biggest wine producer within five years, according to The French National Centre for Scientific Research (CNRS). 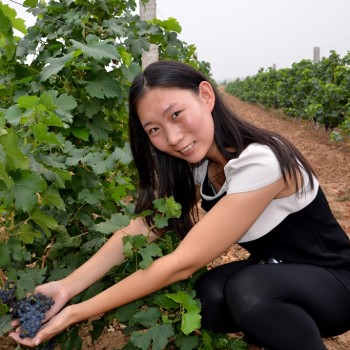 Boris Petric, an anthropologist with the research body, estimates that China will double its vineyard land over the next five years, surpassing Spain, France and Italy to become the world’s biggest wine producer, as reported by Wine-searcher.

China has been increasing its wine-growing surface area and is currently the world’s fifth-largest producer of wine. A growing number of wineries and chateaux are popping up across its wine growing areas in places such as the Ningxia region.

According to the Organisation of Vine and Wine (OIV), Spain had one million hectares under vine in 2012, followed by France with 800,000 hectares. While China’s vineyard covered 570,000 hectares in 2012, it has more vineyard hectares than the US.

Peric also mentioned that China’s strategy for growing vines is not down to a national love of wine.

“Firstly, it is for political reasons, in order to help poor regions that are struggling economically”, he said.

He believes that growing grapes will also help to prevent sandstorms in regions like Ningxia, which is suffering with desertification.

He also pointed out that China’s battle against alcoholism is another reason for planting vines as wine offers a lower alcohol percentage, which could be an alternative to the domestic white spirit Baijiu.