Network Rail has released a video warning passengers of the dangers of being drunk at rail stations. 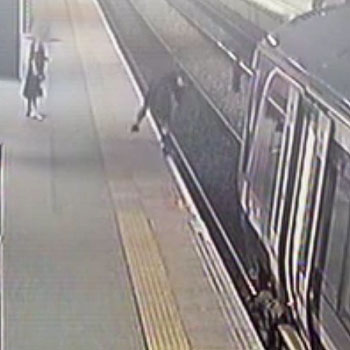 More than 1,600 people have been hurt in slips, trips and falls at the 17 stations run by Network Rail in the last year.

The video shows just some of the accidents that have happened and while those involved escaped serious injury, some of the clips are quite startling.

Incidents in the last year have included one death, 51 bone fractures, 19 dislocations, five concussions and dozens of bruises, cuts and abrasions as people have fallen on steps and escalators, over luggage and even off platforms between trains.

Network Rail’s network operations managing director Robin Gisby said: “We do everything we can to make moving around our stations as easy and safe as possible but our teams deal with far too many people who have injured themselves where it appears alcohol has been a factor.”

“Encouraging passengers to be more aware of their surroundings, particularly when they have had a drink, and to be alert to the inherent dangers that exist in stations will, we hope, reduce avoidable slips and falls across the network.”

Watch the Network Rail video below.