A blind tasting of pink wines from around the world in London this month confirmed the superiority of Provence, but also highlighted the quality of Bordeaux rosé.

Organised by Richard Bampfield MW, the tasting brought together 20 top pink wines from locations as diverse as Corsica, Istria and Bolgheri, as well as more traditional rosé-producing regions such as Provence, Bandol and the Rhône and Sancerre, not forgetting New World areas Marlborough and the Barossa.

The wines, almost entirely from the 2012 vintage, were served in the Thomas Pink shirt shop on Jermyn Street and tasted by a range of press and merchants, as well as the drinks business.

After the tasting, Bampfield collected scores of out 20 for each of the wines, and he later confirmed that the highest scores had been awarded to two Provencal rosés – Chateau Leoube’s Secret de Léoube and Domaine Ott’s Clos Mireille – and one Bordeaux rosé from Château Brown, in its inaugural vintage release, 2012.

Following the event, Bampfield noted that pale coloured dry rosés performed best in the blind tasting, while deeper pink, more jammy rosés with any obvious sweetness were not scored highly.

In short, it was Provence, Bordeaux and Sancerre which were the most highly-rated rosé wine producing regions.

Having also taken part in the tasting, over the following pages are db‘s top 10 rosés from the event, as well as the full list of the rosés featured. 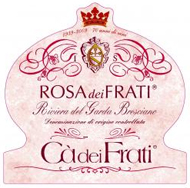 A pale rosé from the Italy’s small Lugana region in Italy’s Veneto, Ca dei Frati’s rosé is made with Groppello, Marzemino, Sangiovese and Barbera grapes.

It finishes dry but has around 8 g/l residual sugar and an abv of 13%. It retails in the UK for around £14. 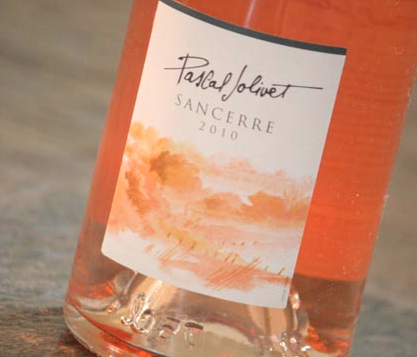 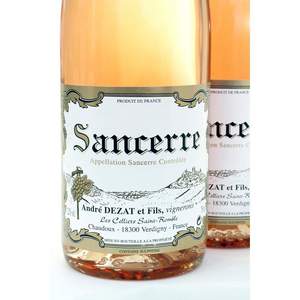 Like Jolivet and all Sancerre rosés, this pink wine from Andre Dezat is made entirely from Pinot Noir.

It’s also slightly cheaper with an rrp of around £14 in the UK. 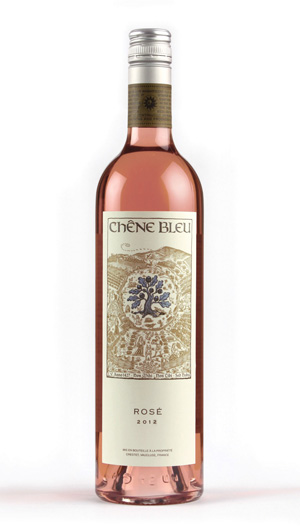 Hailing from the Chene Bleu estate bought by Nicole and Xavier Rolet in 1993 in the foothills of Mont Ventoux, this rosé is made from Syrah and Grenahe and retails for around £20.

Clos Mireille is one of Domaine Ott’s estates overlooking the Mediterranean. Pale, delicate and refreshing, this dry rosé from Provence’s most famous pink wine producer is dangerously drinkable.

The quality of Château Brown’s first ever pink wine lends weight to estate manager Jean Christophe Mau’s belief that Bordeaux has the ability to produce high-end rosés to rival those made in Provence.

It’s made from Cabernet Sauvignon, Merlot and Petit Verdot and retails for around £25.

Bordeaux’s most famous rosé producer, Château de Sours has a top label called La Source, which is used for a pink wine made from Merlot and Cabernet Franc which is partially fermented in oak.

This imparts a delicate creamy character to the wine, making it suitable for pairing with food, although it’s pleasant on its own too.

One notch down from the Provencal producer’s top wine, the barrel-fermented Garrus, the Chateau d’Esclans rosé does without the overt new oak nuttiness of its £70 big brother.

Instead, this rosé displays a gentle smokiness, fragrant fruit and a wonderfully refreshing finish. 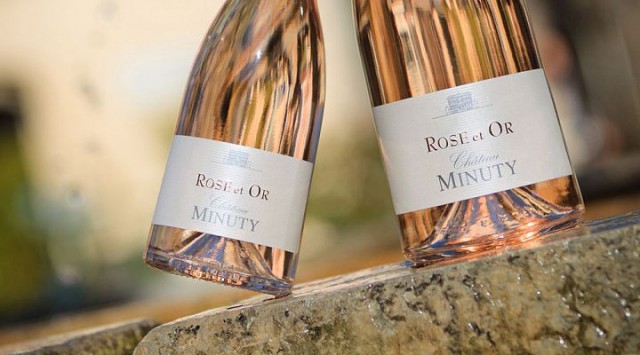 Château Minuty’s flagship wine is called Rosé et Or and retails for around £18 in the UK. Made primarily from Grenache, but with 5% Syrah, this Provençal rosé is intensely fruity, almost oily in texture, and has a dry, mouthwatering, chalky finish, ensuring it is truly refreshing – which, of course, is crucial for great rosé.

Below are the rosés which featured in the tasting, in the order they were arranged: