With sales amounting to over 4 billion cans in 160 countries, Red Bull Energy Drink is the market leader.

Red Bull has seen 30% growth in France and Norbert Dentressangle is helping it to develop even further.

The Red Bull story started back in 1982. While on a business trip to Thailand, Dietrich Mateschitz, then marketing manager for a major toothpaste brand, discovered the stimulant properties of a local drink aimed at truck drivers. It was called Krating Daeng, which means ‘red bull’ in Thai. Impressed with its effects on his own body, he set out to make it a worldwide success. In 1984, he brought the idea back to Austria, but not without fine-tuning the recipe, which included caffeine, taurine, glucuronolactone, vitamin B, sucrose, glucose and spring water.

In order to get the product established in Europe, the Austrian businessman used all his marketing expertise and came up with the advertising slogan: “Red Bull gives you wiiings”. “Red Bull Energy Drink was completely new to the market. It saw extremely rapid worldwide growth and can now be found in 164 countries,” says Markus Obrist, marketing director. 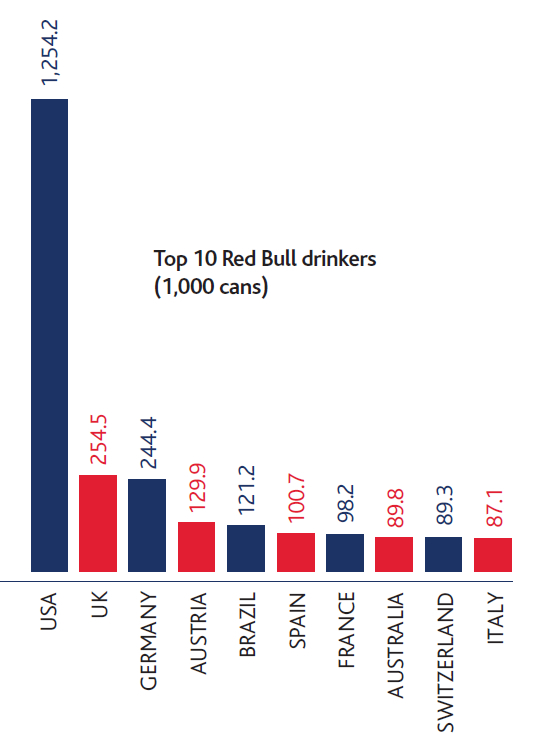 A springboard for sports sponsorship

Aimed at young sports enthusiasts, the drink was first distributed to cafés, restaurants and nightclubs. Extreme sports fan Dietrich Mateschitz also invests in sports sponsorship. “From Formula 1 to surfing and base jumping, about 500 athletes wear the Red Bull colours, which makes the brand appeal to a wide range of young people,” says Markus Obrist. In addition, Red Bull has cultural links and sponsors recording studios, music festivals and even break dancing competitions. The brand has also broadened its appeal, by targeting adult consumers who need an energy boost during the day – drivers, workers, sportspeople, etc.

Major growth in the French market 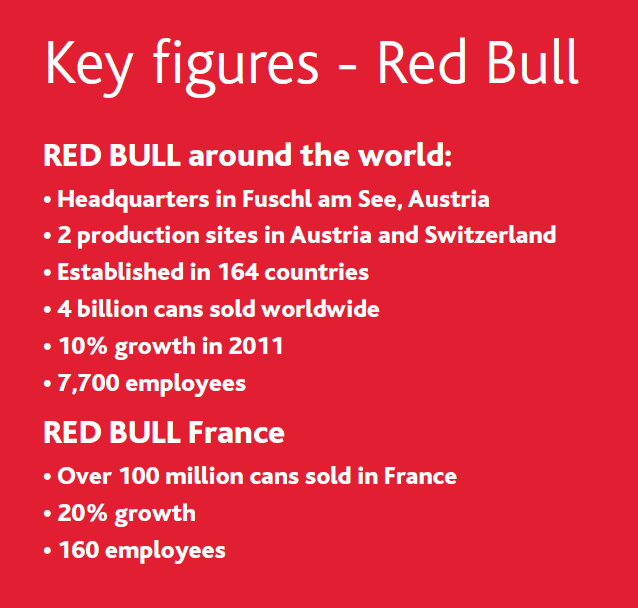 Red Bull arrived on the French market in 2008. Manufactured in two factories in Switzerland and Austria, it achieved 20% market growth, with sales exceeding 100 million cans in France in 2011. “In July 2010, we handed our logistics and distribution activities over to Norbert Dentressangle,” says Grégory Niziol, Operations Manager. “We chose Norbert Dentressangle to be our partner because of its outstanding performance.” Based at the multi-customer hub in Lagny-le-Sec (north of Paris), Red Bull operations include order preparation and distribution to wholesalers for the out-of-home consumption market. “Our partner is responsive, reliable and dependable,” emphasises Grégory Niziol. “In addition, it has the capacity to increase our warehousing space, which is a real strength when it comes to anticipating rapid growth in our sector. It could also support us in other European countries.”

” I was confident that a product that could improve concentration and the reflexes would break into a market, in which brands only differ in terms of colour or flavour.”