Ambev has been warned by Brazil’s National Council for Advertising Self-Regulation (Conar) this week, after launching Skol ice cream. 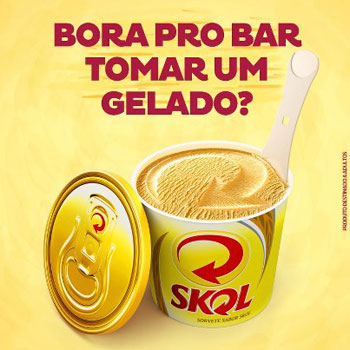 Ambev promoted the ice cream on Skol’s Facebook page, with the line “Shall we go to the bar to have an ice cream?”. Conar ruled that the promotion could “negatively influence children and adolescents” as Facebook does not have age-limited access control mechanisms.

Skol is Brazil’s most popular beer and the Skol ice cream was launched this month and will only be available for a limited time. The ice cream comes in 150ml containers that have been designed to resemble a Skol beer can and is available in bars around Rio de Janiero and Sao Paulo.

Conar is a non-government organisation set-up by Brazil’s advertisers and companies to promote ethical practices. Although it does not implement sanctions, the council can warn companies and urge greater attention in marketing campaigns to help protect children.

The Skol flavoured ice cream does not contain any alcohol, but as it is linked with a beer brand it can only be sold to people aged over 18.

AFP reported that it contacted Ambev, but the company refused to comment on the warning.