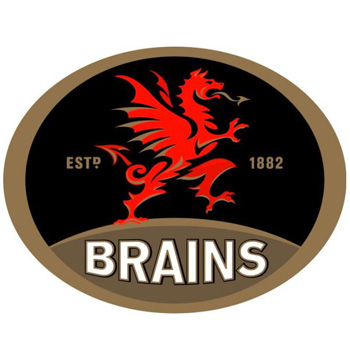 Ffion Jones, who previously worked as the brewery’s assistant brand manager, passed her brewing exam last month and then last week started a new role as brewer with the company.

And Jones said she and her new colleagues are settling well into her new position.

Jones told the South Wales Echo: “My colleagues quite like the dynamic, I think they quite enjoy it when I’m there.

“Before I started at Brains, beer wasn’t on my radar but since working here I think it’s a drink for everybody.

“Over the last few years I’ve become more interested in beer, the different flavours and matching beer with food, and through the company I was able to do this training programme.”

And now that Jones has passed her exams she is straight into the steep learning curve of becoming a brewer.

She added: “This beer had a lot of spices and honey so you have to make sure that’s all correct.

“It also involves making sure you have the right quantities of malt, checking the temperature and timings and adding the other ingredients such as hops.

“The bit I enjoy most is the recipes and the flavours that you add to beer.

“You’ve got to have quite a keen eye on the temperature, you’ve got to be quite on the ball, so it’s quite a fine art.”