Following the admission by Barack Obama that he’s installed a microbrewery in the White House, home brewers in the land of the free are now demanding to know the recipe. 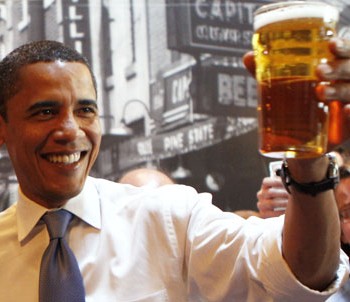 Activists have filed a petition on the White House website, demanding the release of the recipe. Alongside petitions calling for a no-fly zone in northern Syria, the petition reads: “In keeping with the brewing traditions of the founding fathers, homebrewers across America call on the Obama Administration to release the recipe for the White House home brew so that it may be enjoyed by all.”

The petitioners finish with a rousing quotation from President Franklin Roosevelt: “I think it’s time for beer”.

Interest around the Honey Ale brewed for the President, which uses honey from First Lady Michelle Obama’s own beehive in the White House gardens, doesn’t stop there. One other enthusiast has filed a freedom of information request to the federal government to release the recipe “in the public interest”.

The White House petition has to gain a total of 25,000 signatures before the issue will be considered by the authorities. At the time of writing, just over 3,000 signatures had been submitted.