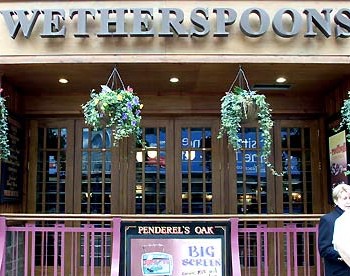 Wetherspoon saw “particularly strong trading” around the Queen’s Diamond Jubilee at the beginning of June and Euro 2012 football championships, which ended on 1 July.

The latter was helped by England’s progression to the quarter-finals of the tournament, as fans chose to watch matches in pubs rather than at home.

In the trading update, like-for-like sales for the 11 weeks to 8 July were up 6.1%, compared to a 2% rise in the previous quarter.

Wetherspoon insists this provides the chain with core revenue stability, limited trading downside potential (eg during sustained periods of poor weather), and the ability to benefit from demand upside during exceptional trading events such as sports tournaments.

“We expect to achieve a reasonable outcome for the current financial year,” the company said in a statement.

However the group said that its main challenge remained the continuing cost pressure from government legislation, which it cited as increases in excise duty, business rates and carbon tax.