Czech brewer Budějovický Budvar will continue to use the Budweiser name on its UK beer after the Court of Appeal ruled in its favour, in the latest ruling in a long legal battle over the brand name. 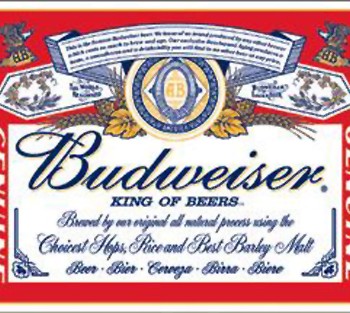 Both companies were given permission by the Court of Appeal to simultaneously register the “Budweiser” trade mark in 2000, given their long-standing history of honest co-existence in the UK market.

However, in 2005, Anheuser-Busch started legal action to invalidate Budvar’s “Budweiser” mark on the grounds that their application for the registration of the mark in the UK (1976) predates Budvar’s application (1989).

The Court of Appeal sought clarification from the CJEU, which in September last year ruled in Budvar’s favour, and the Court of Appeal’s decision guarantees Budvar’s right to maintain its “Budweiser’ trade mark registration in the UK.

“We are delighted with this decision, confirming what in our opinion is obvious following the favourable ruling of the Court of Justice of the European Union in September last year – that as a result of the decades-long honest use of the mark Budweiser by both Budvar and Anheuser-Busch in the UK, both parties should be entitled to a trade mark registration. Today’s judgment allows the trade mark register to reflect the reality of the situation in the market place – that both brands co-exist and have done so for many years.

“The judgment is confirmation of Budvar’s right to the “Budweiser” name in the UK. It is a further example of how trade mark law must be interpreted within its commercial context; that even in cases of so-called “double identity” – where the same mark is used in respect of the same goods – it is still necessary to demonstrate an adverse effect on the ability of the trade mark to function as an indication of origin.”