England football fans are expected to drink an extra eight million pints and spend £150m on beer in supermarkets this weekend. 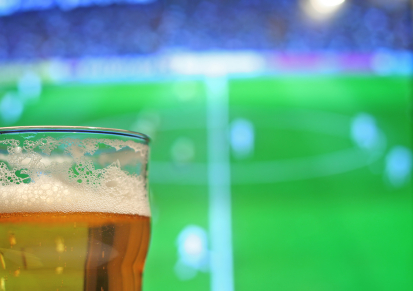 According to the British Beer & Pub Association, followers of Euro 2012 will enjoy the extra drinks as they cheer on the England team on Sunday, giving a £15 million boost in trade for Britain’s pubs.

Meanwhile, the Wilson Drinks Report expects sales of beer and cider to reach £150m over the weekend, following England’s victory over the Ukraine on Tuesday.

“With England not playing until Sunday night, fans all over the country have the whole weekend to build up to the game,” commented Tim Wilson, managing director of the data-crunching company.

“Retailers have been praying for two things this summer: England staying the distance in the tournament, and predictable hot sunny weather,” he added.

He also noted the potential impact of tempting offers on beer, stressing Tesco’s 3 for £22 on a wide range of cases of beer, and Sainsbury’s 2 for £17 on similar items.

Upcoming matches of the Euro 2012 are Germany versus France tonight, Spain verus France on Saturday and England versus Italy on Sunday.

For more on the Euro 2012 and drinks click here – we’ve paired up popular beers with the competing countries.