UK beer sales continued to fall in 2011, though the rate of decline slowed compared to recent years. 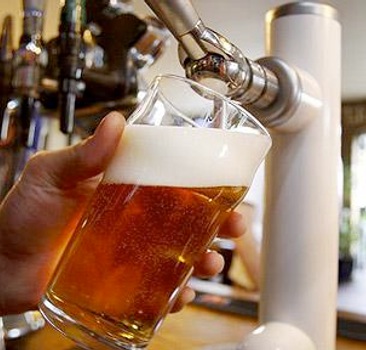 It was also the first year since 1996 that the on-trade performed better than the off-trade.

The figure does, however, represent 139 million fewer pints sold in the UK pub trade.

The BBPA says this decline could be halted – and thousands of jobs saved – if the government abandons plans for further above-inflation rises in beer tax in the March Budget.

The trade body says the slowing in the decline in beer sales is linked to a drop in the rate of pub closures, which are closely linked to the trend in beer sales.

Off-trade beer sales were down 3.7% over the year (136 million pints), the first time since 1996, when the European Championships were held in England, that the off-trade has put in a weaker performance than the on-trade.

Total beer volumes fell by 3.5%. The BBPA estimates this has led to an estimated 9,000 jobs disappearing from the sector in 2011 – mostly in Britain’s pubs.

Brigid Simmonds, chief executive of the BBPA, said: “The decline in beer sales has slowed, but these figures show the sector cannot afford another round of inflation-busting beer tax hikes in the Budget.

“This will delay any potential recovery in an iconic and economically vital British industry.

“A change of course, giving brewers and pubs a chance to invest and expand their operations, could create over five thousand jobs in 2012, which should be a great year for British beer and pubs with the Queen’s Jubilee, Euro 2012, the Olympics and Paralympics.

“These events could provide a real boost for the UK economy and boost employment, but this will only be possible if the government reverses planned tax increases and damaging over-regulation.”