British Prime Minister David Cameron has risked the ire of the drinks industry by suggesting he could follow Scotland’s lead and introduce a minimum price for alcoholic drinks in England. 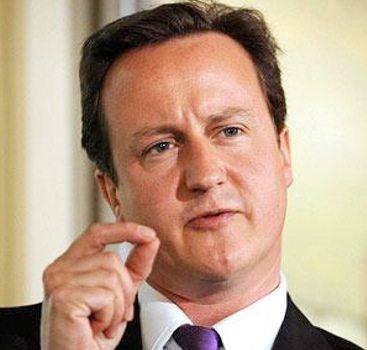 Leading drinks and pub companies have reacted with fury to revelations in The Daily Telegraph that Cameron has ordered officials to develop a scheme in England to stop the sale of alcohol at below 40p to 50p a unit.

A Whitehall source told the paper: “The Prime Minister has decided that when it comes to alcohol, something pretty radical now has to be done and he is keen on the minimum price. It is complicated how this can be delivered, particularly under European law, but it is clear that the voluntary approach has not worked.”

At present beer and lager is taxed at about 18p a unit, compared with 19p a unit for wine and about 25p a unit for standard spirits.

Though the government has said that no decision has yet been made as to whether minimum pricing will be introduced, industry groups have been quick to dismiss the idea as “ineffective, unfair and illegal”.

Indeed, it is surprising that Cameron should be considering such a scheme while doubt still lingers over the legality of the Scottish National Party’s attempt to introduce a similar pricing structure in Scotland.

Furthermore, there is widespread feeling that the measure would do little to alleviate problem drinking and would serve only to punish responsible drinkers.

A Diageo statement said: “There is no credible evidence from anywhere in the world that it is an effective measure in reducing alcohol-related harm.

“By its very nature, a minimum price will impact all consumers, the large majority of whom enjoy alcohol responsibly.”

“The evidence shows that minimum pricing will hardly affect the consumption of hazardous and harmful drinkers, but will hit the vast majority who drink responsibly and in moderation.”

Elsewhere Tim Martin, chief executive of the UK’s biggest pub chain JD Wetherspoon, raged: “If it turns out to be an increase in tax for pubs Wetherspoons will campaign vociferously to get Cameron and Clegg out of office. There will be a revolt.”

It is understood that Chancellor George Osborne prefers an alternative system whereby the prices of the cheapest drinks go up, but others remain unaffected. The increased revenue would then be spent on public services such as the NHS.

Under the proposals put forward by the Scottish National Party for minimum pricing north of the border, the minimum price per unit of alcohol would be set at around 45 pence.

Scottish estimates suggest that such a price per unit would result in the heaviest price increases hitting cider, gin and vodka, while wine, beer and whisky would see more modest rises.

Click here to read how a price threshold of 45p per unit of alcohol would affect the price of almost 50% of wines and 65% of spirits sold in the UK off-trade.