A new study has confirmed the long-suspected theory that drinking alcohol leads to the release of endorphins which produce feelings of pleasure and reward. 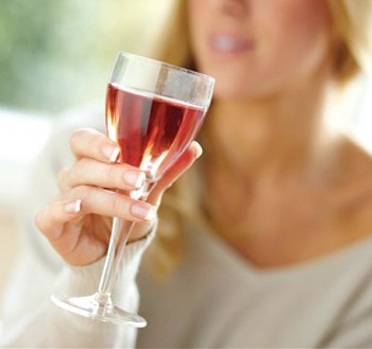 While helping to explain why alcohol can become so addictive, the findings also present an opportunity to aid researchers in developing more focused drug treatments for fighting alcoholism.

Lead author Jennifer Mitchell, clinical project director at the Gallo Center and an adjunct assistant professor of neurology at University of California, San Francisco, said the finding is the first time that endorphin release in response to alcohol consumption has been directly observed in humans.

Endorphins are small proteins that are produced naturally in the brain.

“This is something that we’ve speculated about for 30 years, based on animal studies, but haven’t observed in humans until now,” Mitchell said in a statement. “It provides the first direct evidence of how alcohol makes people feel good.”

The discovery of the precise locations in the brain where endorphins are released provides a possible target for the development of more effective drugs for the treatment of alcohol abuse.

Drugs exist, primarily naltrexone, to help people quit drinking, but those drugs aren’t often prescribed, in part because many patients don’t like taking them, Mitchell said.

Naltrexone works by blocking the receptors in the brain that link with endorphins – effectively cutting off the pleasure-inducing effects of endorphins – which might explain why patients don’t like the drug. But if scientists could refine the effects of naltrexone so that it blocks only the specific receptors associated with alcohol, the drug could be much more tolerable, Mitchell said.

“We believe this research will help us reverse-engineer the naltrexone to make it more specific,” she said. “You don’t want to block good feelings in general. You want it to be specific to the alcohol. That’s the key.”

The researchers used positron emission tomography imaging to observe the immediate effects of alcohol in the brains of 13 heavy drinkers and 12 others who were not heavy drinkers.

The study, published in Science Translational Medicine, found alcohol intake in all subjects led to a release of endorphins and the more endorphins released in the nucleus accumbens part of the brain, the greater the feelings of pleasure reported by each drinker.