A leading rum producer has hit out at the category’s pricing structure, claiming that the comparatively low price of rum compared to other spirits is holding the sector back. 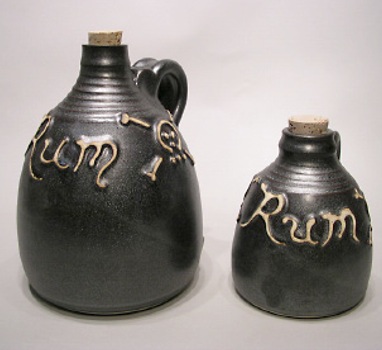 Andreas Redlefsen, director and founder of Elements 8 Rum, said that treating rum as a commodity and under-selling it makes it extremely difficult for the category to foster a premium, luxury image.

“Compared to whisky, Cognac and Tequila, rums are a bargain and generally grossly under-priced,” he told the drinks business.

“Why is it that un-aged vodkas and 10-year-old-plus whiskies can command a retail price of over £30, but we do not seem able to climb above the £15 mark for a 10-year-old rum?

“Until this is addressed it will always be difficult for the category to truly elevate its image.”

Redlefsen also expressed his frustration at the “arrogance” of some producers who are too complacent and do little to help build awareness and appreciation of rum worldwide.

“Some of the biggest challenges facing the industry are tribalism, arrogance, lack of global exposure and an unwillingness to innovate by traditional rum houses who simply feel that marketing their brand as ‘the spirit of XXXX island’ is enough.

“There is also too much commitment to rum’s traditional image. There is too much emphasis on heritage and history, which can be important but also doesn’t make a brand hip and cool.

“Furthermore, the sailor image and association with heavy and rough navy rums are baggage that rum needs to shed in some markets, specifically the UK.”

Redlefsen also told db that he fears consumers have been brainwashed by the Scotch and Cognac categories into thinking the older a drink is, the better it is.

Due to the fluctuating climates and conditions in which rum is produced, there are no appellation controls in place to govern ageing, which doesn’t aid consumer understanding.

“People do not understand the various ageing methods with rum or the general ambiguity and accuracy of age statements. Rum, unlike Scotch and Cognac which are made in small and controllable regions, would have an impossible task of putting rules in place that will allow for consistency in age statements and verifications of such.

“Also, some older rums would not be suited to particular drinks, such as a daiquiri or mojito, so to say that a 20-year-old rum would make a better daiquiri compared to a four-year-old rum based on its age alone is totally wrong and misleading.”