Diageo has snapped up Ethiopia’s last remaining state-owned brewer for US$225 million. 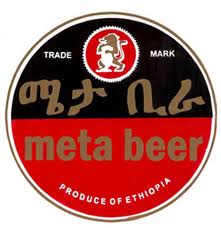 The UK-based company reportedly outbid rivals SABMiller and Heineken by US$35m to take control of the Meta Abo Brewery.

The acquisition is a part of Diageo’s aim to increase its sales in emerging markets, which it is relying on to offset falling demand in western Europe and the US.

Diageo said it expected to see more than 10% sales and profit growth in Latin America and Africa this year.

Growth markets in Nigeria, Kenya and South Africa – as well as in Brazil and Mexico – have driven sales up 18% in the first three months of 2011.

In August, Diageo reported a 5.4% rise in full-year pre-tax profits to £2.36 billion on revenues of £13.2bn, up from £12.9bn in the same period last year. It accredited the results to surging demand in emerging markets.

The Ethiopian Privatisation and Public Enterprise Supervising Agency said, in addition to Diageo’s US$225m bid, there were three more bidding companies for the deal – SouthWest Development /SABMiller with a combined US$190m bid, Heineken with $188m and Dashen with US$173m.

Meta Abo brewery was established by the Ethiopian government and Ethiopian private nationals in 1963 as a share company. Initially, the production capacity of the brewery was 50,000hl per annum.

The brewery supplies 55% of its product to distributors and 45% to retailers.