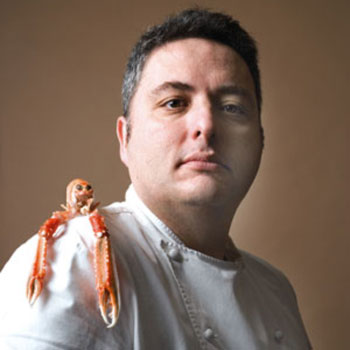 Attending chefs enjoyed a menu specially created by Richard Corrigan using Ark of Taste produce; a list of UK products in danger of disappearing, which members of the alliance will be encouraged to use on their own menus.

“The Slow Food UK Chef Alliance brings together the UK’s top chefs who are actively championing great ideas to benefit the agri and culture of these islands,” said Corrigan.

“We’re excited to be welcoming so many acclaimed chefs to the alliance. Many are already actively trying to use sustainably sourced, local produce; the alliance will simply allow them to shout about it,” said Slow Food UK CEO Catherine Gazzoli.

“It’s great to know we have so much support. This is the start of something very special,” Gazzoli added.

The Chef Alliance will be rolled out across the UK, with regional launches set for the coming months.

All establishments will be welcomed, however resident chefs must first become members of their local Slow Food group and membership will be by invitation only.

Slow food is a global, grassroots movement that links the pleasure of food with a commitment to community and the environment.