â€œChallengingâ€ conditions in the UK have led a number of Chileâ€™s producers to indicate that they are keen to reduce their dependence on this market, according to the latest report from Rabobank Wine Quarterly. 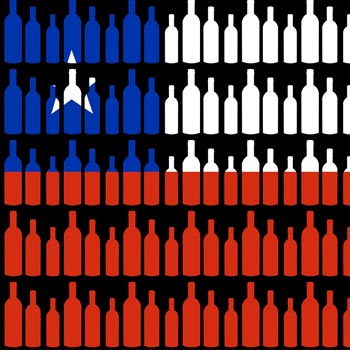 The report found that UK pricing remains â€œroughly 20%â€ below Chileâ€™s average export price. During the first four months of 2011, the UK average price of Chilean wine bottled exports rose by 13%, although this increase resulted in a 5% volume decline.

The issue of profitability is not restricted to the UK. With the rise in production costs meeting flat prices in many of its traditional markets, the report suggests that many of Chileâ€™s producers are shifting their focus towards the growth opportunities offered by secondary markets such as Canada, Brazil and Scandinavia.

Overall, Chile increased its bottled wine exports by 16.8% during the first four months of 2011, accompanied by an average price rise of 6.4%.

The positive picture was balanced by a 55% decline in Chilean bulk wine exports, which was attributed in part to unusually high 2010 figures in the wake of the large 2009 harvest.

As with a number of other New World countries with a wealth of mineral resources, the strength of the Chilean peso continues to present problems for the profit margins of its wine exporters. By the end of April 2011, the Chilean peso stood roughly 19% above its average over the last 10 years.

Only last month, Santiago LarraÃ­n, managing director of Carolina Wine Brands, expressed his concern about the profitability of Chileâ€™s entry level wines as he launched icon wine Herencia, marking part of the companyâ€™s strategic shift towards bolstering its premium ranges in export markets.

In addition to encouraging Chile to focus attention on its higher-priced wines, the report concluded that the country should be â€œdeveloping new markets, expanding production of higher-valued varietals, improving wine quality and improving brand-building strategies.â€

It also warned Chile of â€œthe need to show restraint in future expansion of vineyards to avoid oversupply that could undermine pricing.â€

Commenting on the reportâ€™s findings, Michael Cox, UK director for Wines of Chile, observed: â€œThe Rabobank report reflects an increasingly frustrating situation concerning the UK market â€“ and itâ€™s not just Chile that is being affectedâ€

While acknowledging the attractive development opportunities offered by other markets, â€œwhere average export prices can be higher and margins more attractive,â€ Cox maintained: The UK remains Chileâ€™s biggest market for bottled wine and so there is no way that producers will â€˜walk awayâ€™ from this market especially as so much progress has been made to elevate the image and quality of Chileâ€™s vinous offerings.â€

However, he accepted, â€œthe challenge for us is to continue to push the â€˜new Chileâ€™ image â€“ better, more interesting, wines that have a real place in modern lists â€“ no longer cannon fodder for the price wars!”