Pomerol 2018: Freshness is still the key

In the third of a series of appellation-by-appellation profiles, Bordeaux correspondent Colin Hay revisits and re-tastes the 2018 vintage in Pomerol from bottle, finding a challenging, heterogenous yet ultimately excellent vintage. 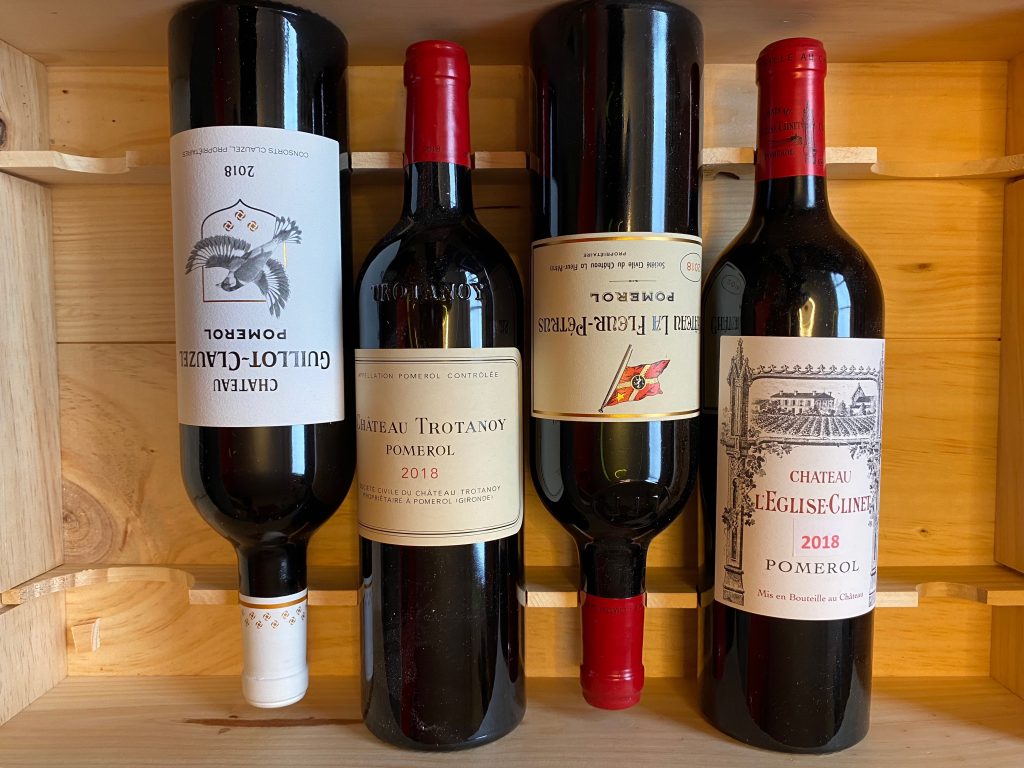 Although now invariably seen as the first of a trilogy of genuinely great vintages (2018-2019-2020), it is easy to forget that 2018 is also, in a way, a ‘miracle’ vintage. Halfway through the growing season, and in every appellation in the region, there were grave anxieties that not a single bottle of wine would be produced. And as late as mid-July many growers continued to write off the entire vintage.

Ironically, and fortuitously, that perfect ripeness was ultimately clutched from the jaws of climate weirding is itself a story of climate weirding. For 2018 was a growing season of two extremes – a spring and early summer of massive and sustained rainfall leading to intense, almost unprecedented, mildew pressure giving way to a late summer that turned out to be one of the longest, driest, hottest and sunniest on record. The two extremes compensated for one another almost perfectly.

In Pomerol itself, 80% of annual average rainfall fell in the period March to June. Yet there were 1,136 hours of sunshine between June and September, the highest level ever recorded. And average temperatures in August, September and October were 1.5 degrees above the ten-year norm.

Indeed, as I noted at the time, the only possible way in which a harvest of optimally ripe grapes could be achieved following the unprecedentedly inauspicious conditions of the spring and early summer was with the no less unprecedentedly benign, long, dry and sunny mid- and late-summer that followed.

But this is not just a story of luck – it never is. It is also, crucially, a story of craft in the vineyard and in the cellar and the evolution of wine-making technique. A decade or so earlier and the climatic conditions we now think of as miraculous would still have resulted in a disastrous vintage – of extremely low or no yield at all and of wines more worthy of comparison with 2003 than 2019 or 2020.

Crucially, 2018 is a vintage whose climatic pre-conditions made freshness very difficult to achieve. Yet freshness abounds, above all in the best wines.

All of that said, I must admit to having returned to these wines now that they are in bottle with a certain amount of trepidation – a trepidation I did not have for either of the vintages that followed. Approaching these wines anew I found myself craving freshness, purity and mid-palate delineation and doing so precisely because I feared that I might not find them.

Thankfully, for the most part, I did.

It has produced wines that, at their very best and on the very best terroirs, above all on the plateau of Pomerol, are close to attaining the level of 2015 and 2016. But it has also produced wines on lesser terroirs that are nowhere near that level. And where greatness has been achieved this is, typically, only because of better wine-making – above all, winemaking better adapted to global warming. As I again suggested en primeur, the 2018s were better made than the 2015s and 2016s. But they needed to be. For the climatic conditions were far less propitious.

This is above all the case in Pomerol.

Tasted en primeur, Pomerol I recall exceeded my expectations. Indeed, I referred to it as the most consistent appellation in this rather inconsistent and heterogeneous vintage.

Now that I re-taste these wines from bottle, I find that my duly recalibrated and elevated expectations are reaffirmed – at least for the most part. But you can no doubt sense the mild equivocation in that remark. It is something that I initially struggled to put my finger on as I tasted and noted my way through the 85 or so wines that inform these impressions of the vintage.

And then it struck me. En primeur I tasted between 40 and 50 wines from Pomerol. Here I have tasted 85. In a heterogeneous vintage such as this, that makes for quite a big difference.

More significantly still, the 40 or 50 wines that I tasted en primeur were drawn, disproportionately, from the very best terroirs of the appellation – largely from the plateau itself. These wines were very good then and they remain very good today. My notes are in fact very consistent. They are also impressively homogeneous in quality. But that is not altogether surprising.

The point is that the quality gradient becomes steeper the further from the plateau one descends. That, too, is hardly surprising; but the effect is more pronounced in a vintage like 2018.

Figure 1 (below) perhaps makes the point more clearly than my prose. It shows the distribution of my ratings for the wines of the vintage from bottle.

The leading wines of the vintage – all perched on the dizzy heights of the plateau just as they are crowded towards the right-hand side of the graph – are truly exceptional. There are no fewer than 14 wines scoring 96 or above and no fewer than 8 scoring 98 or above – and, of course, Lafleur and Petrus for me both achieve that mythic perfection in this vintage.

As the graph also makes clear, the majority of the wines of the appellation are quite closely bunched between 90 and 94. That leaves 16 or so wines scoring below 90. Most of these I did not taste en primeur.

To be clear, none of this changes my view of the vintage nor of the appellation in the context of the vintage. But it is, I think, a reminder that this is not a vintage – like 2016 or 2019 – where knowing the vintage itself is sufficient to guarantee quality in the bottle. 2018 is a vintage that requires, as it rewards, a little homework.

If only to reiterate the point, there are very few wines here where my in-bottle note is outside of the range of my en primeur evaluation. I have downgraded hardly any that I tasted en primeur; and I have upgraded very few as well. But there are plenty that I didn’t have the chance to taste en primeur (often from smaller and/or lesser-known vineyards) and these turn out to be quite a heterogeneous bunch.

Yet overall, I am struck again at how well most chateaux (big and small, famous, and far from famous alike) responded to the significant challenges of the vintage. I feel the need once again to put on record my profound disagreement with those who have claimed that far too many properties “made a pig’s ear” of 2018. That I find harsh in the extreme; if anything, as I have said before, what is striking is how many properties turned the proverbial sow’s ear into a silk purse (with silky tannins being very much in evidence).

Freshness and acidity are absolutely key here. As in St Emilion, it is only really with compensating freshness, and hence with acidity, that the elevated alcohol levels in, frankly, all of these wines could achieve harmony and balance. Many wines are just on the edge, with a number of samples seeming bright and crisp the moment the cork was pulled but becoming distinctly more flat and flabby 2-3 hours later. That is an anxiety.

More positively, the quality of tannin-management in these wines, above all given their density and power, is exceptional, especially where extraction was not pushed too far and oak deployed in moderation. Even a decade ago these wines would have been brutally tannic, monolithic, and soupy in a way that these are not.

The typical faults of these wines are, then, familiar ones which, in effect, were reinforced by the climatic conditions of the vintage itself. They are perhaps impressively rare, certainly given those conditions. But they can nonetheless be found. They are:

Where a combination of these faults are present, the wines tend to be one-dimensional, monolithic, monotonic, heavy, dense and without lift, undifferentiated and lacking in elegance or layered complexity; they may also finish hot (from excess alcohol), sweet (from residual sugar) or dry (from raw wood tannins and/or over-extraction). These comments certainly appear in my notes, as you will see below, but certainly no more so than they did in 2015 or 2016.

But where, as in so many cases, these faults are not present – the wines are truly spectacular. They have depth, richness and concentration in abundance. Yet they also have a charm, elegance and accessibility that comes from their super-svelte tannins.

Wines of the appellation:

The next in the series will profile the  left bank profiles with articles on each of the leading appellations of the Médoc and Pessac-Léognan.