The latest offering from Coca-Cola’s partnership with Molson Coors sees the release of a range of Topo Chico canned cocktails, hot on the heels of the brand’s line of hard seltzers, launched last year. 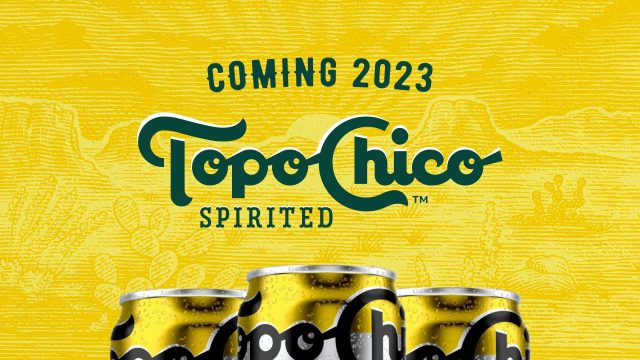 Coca-Cola is continuing its cautious-yet-burgeoning foray into the alcoholic beverage sector through its partnership with brewing giant Molson Coors.

The two companies have already collaborated on the recent launch of Simply Spiked Lemonade, as well as last year’s range of Topo Chico hard seltzers, which Molson Coors says is the fast-growing hard seltzer brand.

Now, Coca-Cola and Molson Coors have announced that they will be rolling out a range of Topo Chico canned cocktails in 2023.

According to a press release, the canned cocktails will feature “100% real spirits” in a lineup of “familiar cocktails” that will be recognisable to consumers.

“Taking inspiration from the popular cocktails made in bars and restaurants today, Topo Chico Spirited will bring something completely different to our aisle,” said David Coors, Molson Coors’ vice president of next generation beverages. “We believe Topo Chico Spirited will shake up the canned cocktail space with unparalleled flavors and a legacy rooted in the iconic 125-year-old master-brand.”

The exact range of flavours that consumers can expect to find is yet to be announced, though these comments suggest that classic cocktail expressions will be front and centre in the lineup.