As canned cocktails look set to nudge hard seltzers out of the spotlight, major soft drinks companies such as Coca-Cola are making moves to sign deals with spirits brands. 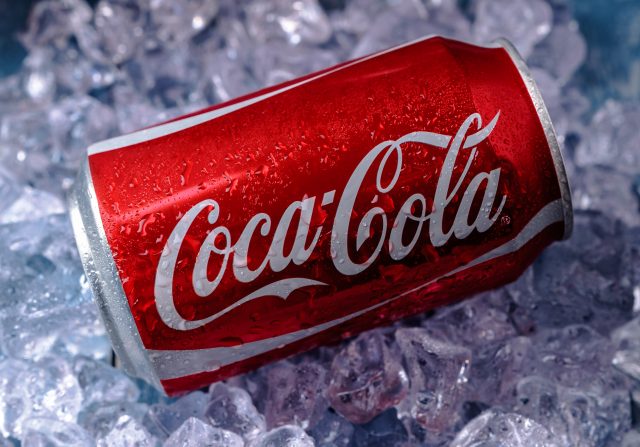 As a result of the pandemic and its consequent lockdowns, drinks companies are manoeuvring  to benefit from the added impetus the home cocktail revolution has given the RTD sector.

Ask any bartender  for a Jack and Coke and you will be served a shot of Jack Daniel’s Bourbon and a cola (not necessarily Coca-Cola) mixer. Indeed,  Brown-Forman, the owner of the Jack Daniel’s marque, has produced its own cans of Jack and unbranded  cola for more than three decades.

Last week’s announcement that Coca-Cola and Brown-Forman are coming together to produce a branded “Coke and Jack” RTD across the global market takes the concept a whole lot further. Global groups are uniting to fight for a big share of what is already a significant market.

In the US the leading online drinks retailer Drizly now offers more than 450 RTD lines, which it says is a 45% increase in consumer choice compared with 2021.

Also in the US, canned cocktails have a built-in advantage as they are permitted in most arenas and concert venues where patrons are usually forbidden bottles .

But it is not just in America, and to a lesser extent, Europe, that demand for RTDs is expected to soar as the trend of drinking at home is reinforced and consumers seek the added convenience of opening a ring pull rather than storing numerous cocktail ingredients in their fridges and kitchen cupboards.

According to a Research and Markets report on consumption in India, the value of the RTD sector is expected to surge at a compound annual growth rate of more than 10% until 2026, with volumes growing at 12.5% a year.

That growth is predicted to come largely from the younger middle classes of whom some 40 million enter the market for legal drinking every year and who want something more cosmopolitan than traditional spirits offerings.

So it is little wonder that there is a rush to get products onto shelves and blur the lines between alcohol and soft drinks, with RTDs offering already heavily branded lines at about 5% ABV.

Coke is playing the alcohol field. It introduced Lemon-Dou in Japan, China and the Philippines in 2018 and owns both Top Chico and Simply Spiked Lemonade in the US,  both of which launched alcoholic lines this year in association with brewer Molson Coors.

It will soon launch a sprits-based Fresca Mixed in partnership with Constellation Brands and is trialling Schweppes Pre-Mixed Cocktails in Brazil.

Boston Beer and Beam Suntory have introduced Sauza Agave cocktails, and Pernod Ricard, which has an extensive range of Absolut vodka-based canned cocktails has released its first RTDs for US distribution under the hugely successful Jameson Irish whiskey flag.

Pernod Ricard has the widest portfolio of the global spirits giants and has declared the US a “must win” market, so it is inconceivable that it would not capitalise on using that strength in the RTD market.

The same goes for Diageo, the biggest spirits group in the American market. Chief executive Ivan Menezes said last year that hard seltzer offerings would turn out to be “stepping stones” for consumers wanting the extra kudos of high quality canned cocktails based on global brands, one example being Smirnoff Ice.

Beam Suntory says it is turbo charging its US RTD business following the purchase of premix cocktail brand On The Rocks, the launch of Hornitos seltzers and canned Jim Beam Bourbon highballs. It is also establishing firm footholds in the RTD markets in Japan, Australia and Germany with its Jim Beam Bourbon and Canadian Club whiskey brands.

Boston Beer is increasing its presence in the market with an alcoholic version of Truly hard seltzer in conjunction with Beam.

Announcing the deal with Coke, Brown-Forman’s chief executive Lawson Whiting said the collaboration was a marriage of two global icons, opening a gate to new markets which “will accelerate expansion and continue to grow our business around the world”.

For him that is essential as almost 80% of Brown-Forman’s whiskey revenues in the first nine months of its present financial year came from Jack Daniels and its variants, which grew sales, including RTDs, by 17%.

But the company has other opportunities. Earlier this year it gave the US supply, sales and distribution of its eight-strong Jack Daniel’s Country Cocktails flavoured malt beverage portfolio to Pabst Brewing Co in a “long-term partnership”.

Its El Jimador and Herradura Tequilas and Finlandia vodka brands offer obvious scope for RTD lines as do a whole host of competing spirits brands owned by the global giants in the total beverage alcohol sector. The vodka and agave sectors look the most fertile.

The collaboration between Coke and Jack generated speculation on Wall Street that the rapid growth of RTDs created by the cocktail boom during lockdowns could lead to much more than a new growth sector and generate cooperation between soft drinks and alcohol companies.

One wild suggestion is that that Coke’s tie up with Jack Daniel’s could be just the first step of the cola giant making an overture for the whole of Brown-Forman. Coke is valued at almost US$350 billion, while Brown Forman is capitalised at a little more than US$30 billion.

But even if there were any validity in the suggestion, Coke would play a waiting game to see how the burgeoning RTD cocktail sector evolves and which of its various forays into it is the most promising..

Only two years ago hard seltzers were the hot thing.  Although they have established a niche sector in total beverage alcohol, their initial spectacular growth rate has moderated. Some even wonder if they will be superseded by canned cocktails.