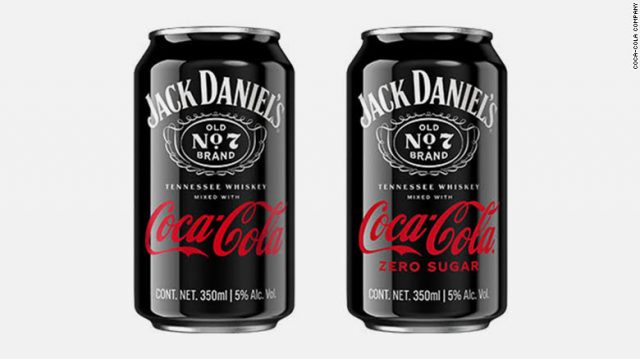 Brown-Forman, which has already been selling a Jack-and-Coke drink of its own made with generic cola, has not yet confirmed if the new variant will replace its own earlier iteration which could cannibalise sales and retail listings across markets since the new drink will show both the logos for both Coca-Cola and Jack Daniel’s on its packaging.

The plan is for the new 330ml canned cocktail to launch in Mexico later this year before expanding globally with a zero-sugar version also becoming available as an alternative and cans hitting shop shelves in other markets in 2023.

The companies said in a statement that the union brings together two of the world’s most “valuable trademarks” and will include “clear responsibility symbols” to indicate that is for legal-aged drinkers only while the drink itself will typically be 5% ABV, but this could vary from market to market.

Brown-Forman CEO Lawson Whiting added that the pairing “brings together two classic American icons to deliver consumers a taste experience they love in a way that is consistent, convenient, and portable” and noted that the new canned cocktail will “accelerate expansion and continue to grow our business around the world”.

The move follows Coca-Cola partnering with Molson Coors for the launch of Topo Chico Hard Seltzer and Simply Spiked Lemonade as well as working with Constellation Brands on Fresca Mixed Cocktails and marks the company’s fourth alcoholic drink to be launched into its portfolio in under two years.

The new tie-up with Brown-Forman does, however, mark the beginning of Coca-Cola’s first alcoholic pairing for its eponymous soft drink brand which has historically been mixed in bars across the world as a suggested serve, but never before as an alcoholic RTD drink from its own stable.

The new direction for the brand leans towards the suggestion that the soft drinks company has eyed the post-pandemic  consumer trend for seeking out premium pre-mixed cocktails for at-home consumption.