English wine’s biggest producer, Chapel Down, has said that it is “on track” to double in size by 2026 amid a “very positive” harvest and traditional method sparkling wine sales rising 35% year-on-year. 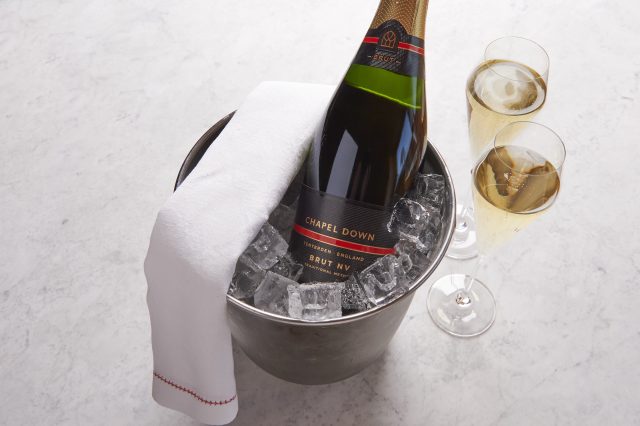 The London-listed firm said that the summer heatwave had allowed it to begin harvesting in August for the first time. “We expect 2022 to combine a strong harvest yield with excellent quality”, Chapel Down said in a statement.

Meanwhile, it’s reported that the producer will turn to external funding to finance the construction of a new winery situated near Canterbury that could cost up to £30 million.

Chapel Down said it had signed an option to acquire a portion of Highland Court Farm in Bridge, Canterbury.

According to CEO Andre Carter, the producer has run a successful public consultation over its plans and has now submitted a planning application.

“We would be looking to fund that externally and are working through the options for doing that with the board.”

Carter said that the new winery would be used as a way to extend Chapel Down’s current five-year plan to double in size by 2026.

“With a strong first half delivered, we look to the remainder of the year with confidence. Despite the evolving consumer backdrop, we continue to trade positively and expect to deliver net sales revenue growth and sustained margins for the full year. This, together with our positive 2022 harvest, ensures we are on track to meet our target of doubling the size of the business by 2026”, Andrew Carter commented.

Meanwhile, English sparkling wine producer Nyetimber has predicted a record harvest that will allow the business to produce in excess of one million bottles from the 2022 vintage.

“We expect a record volume of grapes to be picked from what is the largest area of vineyards ever harvested by Nyetimber and most importantly, the quality of the fruit looks fantastic which is very exciting”, said head winemaker Cherie Spriggs.