English sparkling wine producer Nyetimber is on course to harvest a record area of vines to produce more than one million bottles from the 2022 vintage, despite challenging growing conditions due to the extreme heatwave seen this summer. 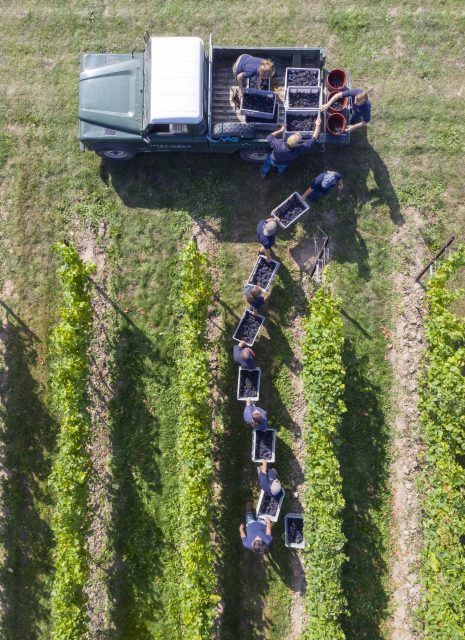 The sparkling wine producer will begin harvesting some 325 hectares of vines at its vineyards in West Sussex, Hampshire and Kent this Thursday. The number would represent a new record for the producer and should produce in excess of 1,600 tonnes, meaning well over one million bottles of sparkling wine would be produced.

The winery says it accounts for more than 10% of the total English sparkling wine market and anticipates that it will be producing two million bottles per year by 2026.

Nyetimber wines are sold in prestigious venues such as the Ritz, Savoy and Shangri-La hotels in London and is exported around the world.

Commenting on the weather conditions seen this summer, head winemaker Cherie Spriggs said, “we have the experience to make the most of the climate in which we grow our grapes. The quality looks fantastic[…]

“We expect a record volume of grapes to be picked from what is the largest area of vineyards ever harvested by Nyetimber and most importantly, the quality of the fruit looks fantastic which is very exciting.”

Nyetimber has increased its export presence, with exports up to 15% of production in 2021 from 10% the previous year.

And it certainly appears that the headlines predicting a boom time for English wine are accurate if Chapel Down’s 2022 half-year results are anything to go by.

Could shoppers face an English fizz shortage in 2022?