The Champagne harvest that started on 20 August has now concluded, and expectations are high for the 2022 vintage thanks to a forgiving spring and favourable summer conditions. 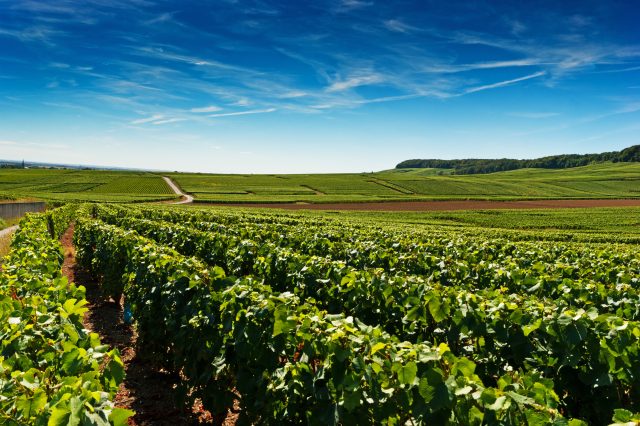 Estimates from Agreste, the French Agricultural Ministry’s statistics department, predicted that the harvest in the region is almost double that of 2021 – when the harvest started on 6 September after a year blighted by frosts.

It seems as if that forecast was correct, with the Comité Champagne describing this year as a “solar” vintage due to the intense summer heat, with the mercury consistently hitting 30°C or above in the region this July and August. High volumes of healthy grapes, with musts having a potential alcohol on average better than 10% by volume, are reported. It is also noted that, in line with the increase set this year, the 12,000 kilogram per hectare available yield has been met.

Winegrowers’ president Maxime Toubart said: “Thanks to a bountiful, high-quality harvest and with the exceptional permission of the INAO (governing body for protected designations of origin), winegrowers have been able to rebuild reserves that were substantially depleted by the 2021 winegrowing year.”

Champagne Houses president David Chatillon noted: “Market demand is strong (up 9% at the end of August compared to the previous year) following on the already remarkable figures for 2021. The profession remains optimistic for the future, despite the uncertain economic climate. The fine grapes harvested this year are set to make great wines that will surely satisfy the
expectations of consumers.”

Among the houses reporting a good harvest is Champagne Deutz. According to Deutz, the first spring frost on 4 April caused very little damage to the vines as they did not go through budburst until a week or so later. The rising temperatures and lack of rainfall in May did mean that some watering of younger vines was required.

A few light storms aside, a warm and dry summer was good news as there was no sign of mildew, though some mild scalding of some grapes was detected. The harvest began on 29 August and took place over the next 12 days, with the Äy and Pierry vineyards being picked first.It was also pointed out that no sorting of the harvested grapes was required this year.

CEO Fabrice Rosset warned of the dangers of counting one’s chickens before they hatch: “We must remain humble and prudent as it is only when we taste the still wines in a few months that will we be able to confirm with certainty that the 2022 vintage is of high quality and true to the Deutz hallmark style.” However, Deutz believes that the signs are very promising.

For the past four decades, there is a trend of harvest dates in the region getting incrementally earlier. With hotter summers and more erratic conditions in general, climate change is certainly on most winemakers’ minds, but Laurent Panigai, head of the General Union of Champagne Winemakers, argued: “Even with climate change, we can still have Champagnes that keep their freshness…Having more sun gives us more room to manoeuvre to improve Champagne.”

For a comprehensive breakdown of the harvest by db Champagne correspondent Giles Fallowfield, click here.