2022 is a year of expansion, not acquisition

Despite all major drinks companies reporting strong results during the last 12 months, it looks likely that 2022 will turn out to be the year of strategic expansion rather than giant takeovers. 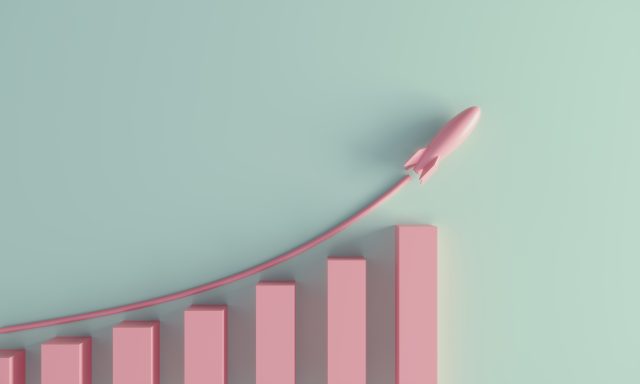 Ask chief executives how to measure their overall performance and the most likely answer is “total shareholders returns”. In other words, how much investors receive in return for putting their money into the company.

It is not just about share price rises (you don’t make a penny until you sell), but also dividends and special payments, including buying back and cancelling of shares.

It is also about boosting a business by using profits to buy assets to which you add value by making them perform better and charging more for them.

You expect your profits to rise as a result, accelerating the virtuous circle of share price rises and distribution payments to shareholders.

Takeover activity in the global drinks sector has been muted  – many potential deals may have been scuppered by the upheavals and uncertainties of the coronavirus pandemic.

Recent buying and selling has been either to fill niches in portfolios or to unload underperforming assets to someone who thinks they can do better with them.

That is why Diageo sold the Archers peach Schnapps brand to Royal de Kuyper, which now has a virtual monopoly of the category.

It also sold the PIcon brand to Campari, unloaded the Meta Abo brewery in Ethiopia and sold Windsor Scotch in South Korea.  The United Spirits subsidiary in India also sold off a portfolio of locally produced lines.

Similarly, Pernod Ricard sold off the Tormore Scotch brand and distiller to Elixir while Brown-Forman took Gin Mare from Vantguard to move into the significant gin sector in Spain.

None of these deals, however, was more than a bolt-on; part of reshaping portfolios to provide a better return on the capital invested in them.

The largest major acquisition of recent years was Diageo’s $1 billion purchase of Casamigos Tequila from George Clooney and friends in 2017. And that is repaying the investment handsomely.

Sales of Casamigos had already passed the million-case threshold in 2020, selling 1.1 million nine‐litre boxes. That was an 82.3% year-on-year increase and the trend is continuing as Tequila sales soar and Diageo takes price rises to increase margins and profitability.

But such is the financial health of the big groups that analysts now believe that we could be in for a more significant spate of brand buying and portfolio realignment as company results and financial market conditions make acquisition activity tempting to chief executives.

Most are paying record levels of dividends and are already playing the share buyback card. That leaves the third weapon in the armoury, successful mergers and acquisitions

The pandemic and Putin’s war in Ukraine have sent stock markets tumbling on fears of recession. So assets are cheap while, despite interest rate rises, borrowing also remains temptingly competitive when companies are aiming for average organic profits growth in high single percentage points.

Diageo and Pernod Ricard have rescheduled some of their medium term debt at lower rates, so much so that the British group’s debt ratio is down to just 2.5 times the standard measure of last year’s earnings, putting it at the low end of the group’s target range.

Although it claims not to have a target level for debt, the French group’s borrowings are financed at 2.3 times earnings. When it bought Vin & Sprit (Absolut vodka) more than a decade ago, the ratio went above six.

Constellation Brands, LVMH and Brown-Forman have also cut the average rates they pay on their debt.

That is significant because company bonds are considered fairly safe (i.e. not “junk”) at any level below four times earnings. So none of them would have much difficulty in borrowing to fund a big buy – if a target exists, which may be doubtful.

But borrowing might not be necessary. When reporting over the past six months all the global spirits groups have reported bumper free cash flows, essentially what’s left over after paying operating expenses and capital expenditure.

And their capital expenditures over the past couple of years have been heavy, which puts the amount left over in chief executives’ back pockets into even sharper focus.

Diageo expects to spend up to £1.2 billion per year over the next three years on improving its facilities (distillery in China, brewery in Kildare, distillery in Ontario etc).

Pernod Ricard is spending 4.5% of its net sales value on capital projects such as distillery improvements and widespread environmental enhancement. It recently opened its distillery in China.

Constellation Brands is spending a massive US$1.3 billion on a new Mexico brewery to meet demand for its Corona and Modelo beers and Brown-Forman is doubling the output of its Louisville distillery at a cost of US$95m and expanding Scotch production at GlenDronach.

But they all have considerable free cash left over after paying for these projects, increasing their dividends and buying back shares

So is a giant takeover or merger possible? It’s hard to identify a potential target because the industry has become consolidated into few hands over the past dozen years.

But big mergers and product links are possible.

Constellation is on the verge of altering its dual share structure, a move that would make a big move easier. And neither side has totally ruled out a deal with Monster Beverage, the energy drink giant, which could move them both further into the low alcohol RTD arena.

Closer links are being forged between Brown-Forman and Coca-Cola to produce a Coke and Jack [Daniels] RTD which launches later this year.

Boston Beer and Suntory are cooperating in the launch of Sweet Tea Whiskey and Pepsi has interests in several RTD ventures, including launching Hard Mountain Dew with Boston.

So there may not be expensive giant takeovers but more likely money-making unions. Early days yet but the pot is bubbling. Meanwhile the niche deals will continue.