How beer could help your levels of hydration during the heatwave

A doctor’s comments on how beer can help with hydration has sparked debate on which drinks are best consumed during the heatwave. 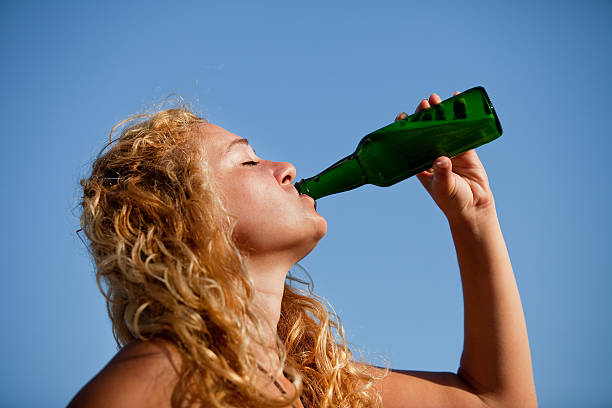 Yesterday, Britain broke its record for the hottest temperature ever registered as eastern England got up to 104.5 degrees Fahrenheit and, as Brits grabbed for ice lollies, beer could have been the answer.

Dr. Stuart Galloway, of the University of Stirling reported that the drink contains electrolytes, sugar and salt, which helps the body retain fluid, rather than it flushing it out straight away.

Galloway, who is a resident hydration expert at UK bottled water brand Aqua Pura, said: “Beer has a relatively high water content and contains some electrolytes, so if a small amount is consumed as part of your daily fluid intake alongside non-alcoholic drinks, such as water, beer can be part of a plan to keep you hydrated during the heatwave.”

The doctor additionally hinted that sports drinks work in the same way since they, like beer, contain electrolytes, salt and sugar, but suggested people avoid hot coffee and tea during the heatwave as caffeinated drinks can take up much of the body’s daily water intake.

Investigations over the past decade have highlightwed various studies on hydration and the role various drinks play in keeping a person at their peak. espite sports drinks and plain water being more effective, beer was still more hydrating than many people expected. One hypothesis is that when the body is lacking in hydration it needs more fluid and so it retains more from beer than some other drinks.

TV personality Jeremy Clarkson recently caused a stir by suggesting people cool down during the heatwave by drinking more beer, with many labelling his advice as “ignorant”. Clarkson recently launched his own beer brand Hawkstone Lager with the help of Cotswold Brew Co. The beer is named after a Neolithic standing stone located close to his farm in Gloucestershire.