According to specialist wine retailer Majestic, the British are expected to outdo themselves with their fizz consumption between 2 and 5 June, and English sparkling is set to be crowned the standout performer. 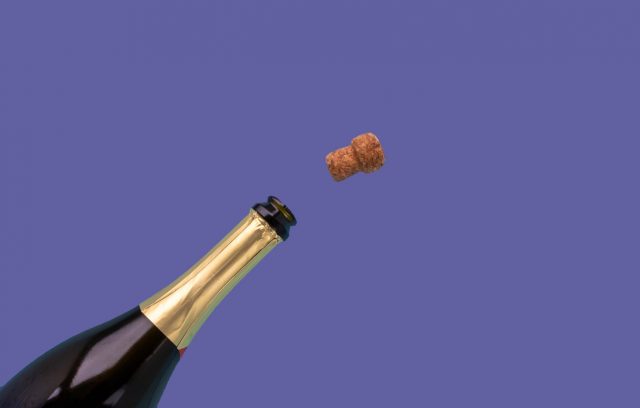 110,000 bottles of sparkling wine are expected to be picked up over the long weekend. That’s 21% (23,000 bottles) more than for William and Kate’s Royal Wedding in 2011, and 39% more than Harry and Meghan’s in 2018. The predicted consumption rate of 114 glasses of fizz per minute will certainly take some beating in years to come.

English wine will feature in many people’s Platinum Jubilee celebrations. Majestic predicts that one in ten people will, at some point over the four days, quaff a glass of England’s finest. Like for like, the retailer’s English sparkling sales are up by over 58%. Perhaps unsurprisingly, residents of the Home Counties are the keenest consumers.

Though Her Majesty has been on the throne for seventy years, the English wine industry has only come to the forefront relatively recently. Producers such as Nyetimber have succeeded in tapping into a more premium market previously dominated by Champagne.

North-of-the-border, English sparkling is slightly less desirable. According to Majestic’s customer research, one in four Scots will be topping their glass up with Prosecco. The West Country will also ring with the sound of corks popping, but of Crémant and Cava.

Fizzing ahead in terms of sparkling wine consumption as a whole, Londoners are predicted to put away 860 glasses of the stuff every minute from Thursday to Sunday. For those worried about what’s going on in the capital, it needs to be kept in mind that the population is over nine million.

Whether Her Majesty will be dropping by Majestic to take advantage of the retailer’s 25% Champagne discount over the Bank Holiday is not known. What can be confirmed is that the Queen is particularly partial to a gin & tonic, as is her heir/son.