Sauternes estate Château Guiraud has appointed the cellar master of Château d’Yquem, Sandrine Garbay as its new general directorate of property, as part of a longer term strategy to accelerate the development of the estate. 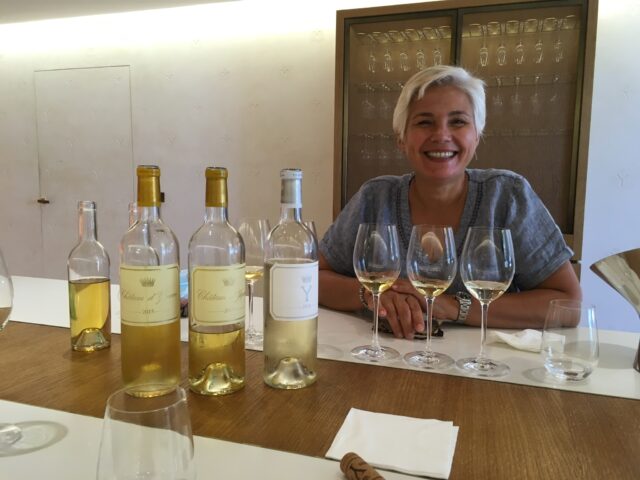 The appointment follows the news in October 2021 that the chateau’s parent company, Financière Guiraud, had a new majority shareholder, French entrepreneur and founder of international consultancy group EPSA, Matthieu Gufflet, when winemaker Luc Planty stepped down, after 38 years.

At the time, Gufflet, who also owns Château de Callac in the Graves and hotel and restaurant chain, Terres de Nature, said he wanted to make Château Guiraud “a benchmark in sustainable viticulture and hospitality”.

“Our long-term project is also to continue the qualitative development of the estate led until now by the teams in place and its shareholders, with the ambition to contribute to the renewal of the Sauternes region,” he said at the time.

Garbay joined Château d’Yquem in 1994, the year that she graduated from the University of Bordeaux with a doctorate in biological and medical sciences, specialising in oenology. She was promoted to cellar master of Château d’Yquem in 1998 and has spent 24 at the helm.  She is taking over from Luc Planty, who stepped down last year,

The company said she would put her skills and know-how to the service of the Premier Grand Cru Classé in 1855 of Sauternes.

“The notoriety and quality of Château Guiraud wines have been brought to a level of excellence by Luc Planty in recent years, whose unfailing work and commitment we salute. This brand outreach policy, through the undisputed success of G de Château Guiraud, the launch of the Grand Vin Blanc Sec and the unique character of the great sweet wine Château Guiraud, will be pursued with great fervour by the team in place, under the impetus of Sandrine, whose attachment to the Sauternes terroir is well established,” the company said.

Gufflet added that Garbay’s expertise would strongly contribute to the development of the magnificent property. “Her arrival is accompanied by the launch of an ambitious hotel project which will complete the wine tourism offer already widely recognised in the appellation,” he said.