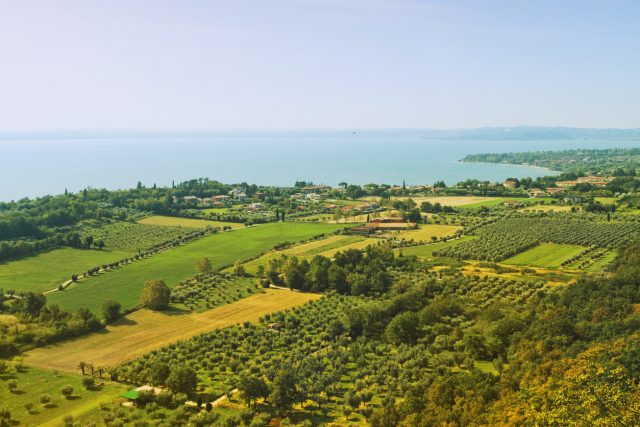 The move was rumoured last week on Italian website Wine News, and a Facebook post from Terra Moretti, which owns Bellasvista, last Thursday confirmed that Geoffroy would be joining: “Richard will help Francesca Moretti to acquire all the necessary skills, both professional and human, to lead and design Bellavista’s future.”

Geoffroy served for 28-years at what might be the world’s best known Champagne house. In 2019, he stood down. The occassion was marked with a ceremony at Hautvilliers Abbey, where Dom Pérignon himself made his name, and is now entombed. Geoffroy then moved into saké, inspired by his 100 visits to Japan.

As part of his work with IWA Saké, Geoffroy promoted the drink on an international stage, remarking that Japanese people have “a cultural handicap of not self-promoting and selling.” His promotion of the brewed drink marked a notable shift: instead of European producers trying to reach Asian markets, the “wave is moving from east to west.” He broke the tradition of saké as a single brew and followed the approach he had at Dom Pérignon, blending different sakés to create the perfect drink. He described his propensity for assemblage as “compulsive”.

However, Geoffroy is now turning his attention to European producers once again. His capacity at Bellavista is in the role of mentor to the winery’s president, Francesca Moretti. She was promoted to the role in 2020, replacing her father Vittorio.

Franciacorta is produced using the traditional method. Pinot Bianco/Blanc, Pinot Nero/Noir and Chardonnay are the key varieties, with similar dosage-regulations to those of Champagne. The 203 hectares of Bellavista contain 100 distinct plots. The “biodiversity” of the winery means that they are capable of producing 15 different styles – from a dosage-free Grande Cuvée to their demi-sec Nectar made from 100% Chardonnay.

Given that Geoffroy once described retirement as a “sort of a dead end”, it makes sense that he is eager to share his expertise and undertake a new challenge. For Bellavista, it marks a renewed drive to make Franciacorta a sparkling wine to be reckoned with.